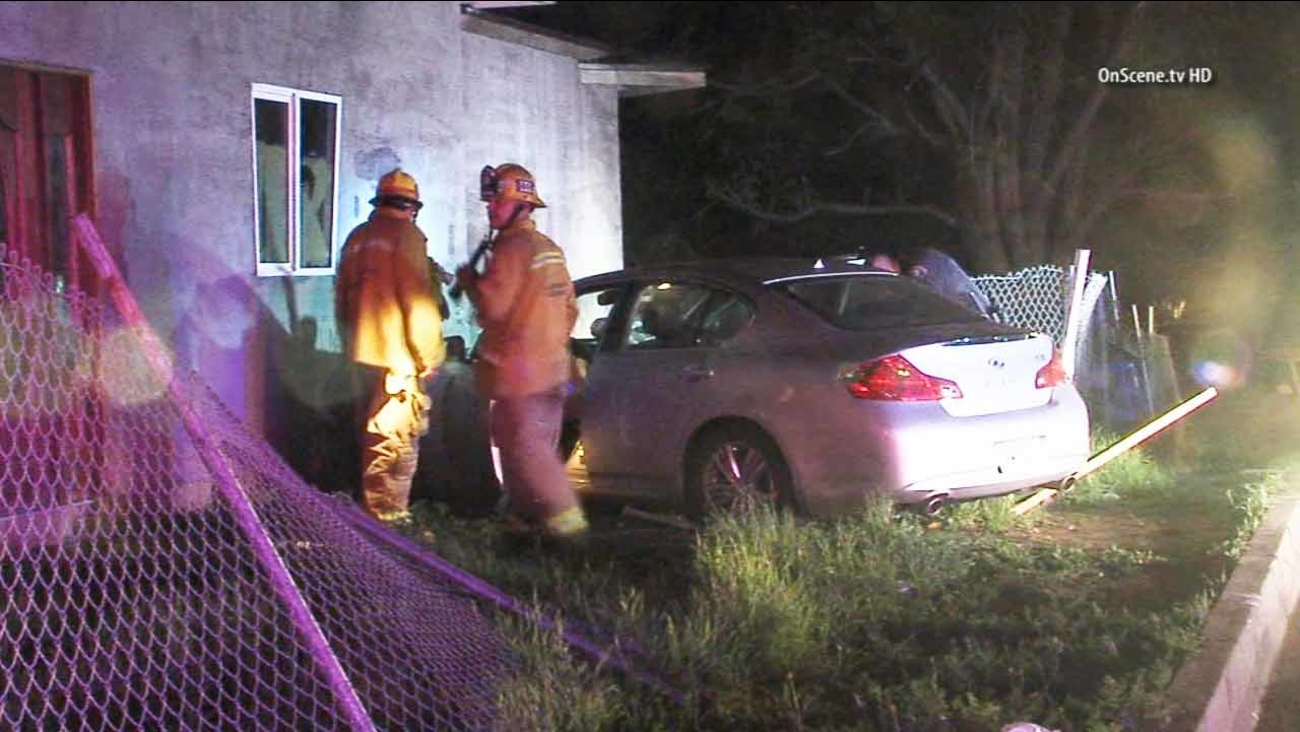 Robbery suspects crashed their vehicle into a vacant home in Glendora on Saturday, Feb. 7, 2015. (KABC)

GLENDORA, Calif. -- Two suspects were taken into custody after they allegedly tried to rob a convenience store, led police on a pursuit and crashed into a house in Glendora.

According to police, it started shortly after midnight Saturday when a man attempted to rob a Mobile gas station.

Authorities said the suspect pointed a gun at a clerk working inside the gas station's convenience store. The clerk tackled the suspect, and the two struggled until the suspect fled the scene.

Investigators said the suspect ran across the street and jumped into a getaway car which was driven by another person.

The clerk flagged down an officer who just happened to be driving by. A brief pursuit ensued until the suspects crashed their car into a vacant home on Grand Avenue and Armstead Street.

One suspect suffered minor injuries in the crash. He was transported to a hospital.

The clerk was not injured.