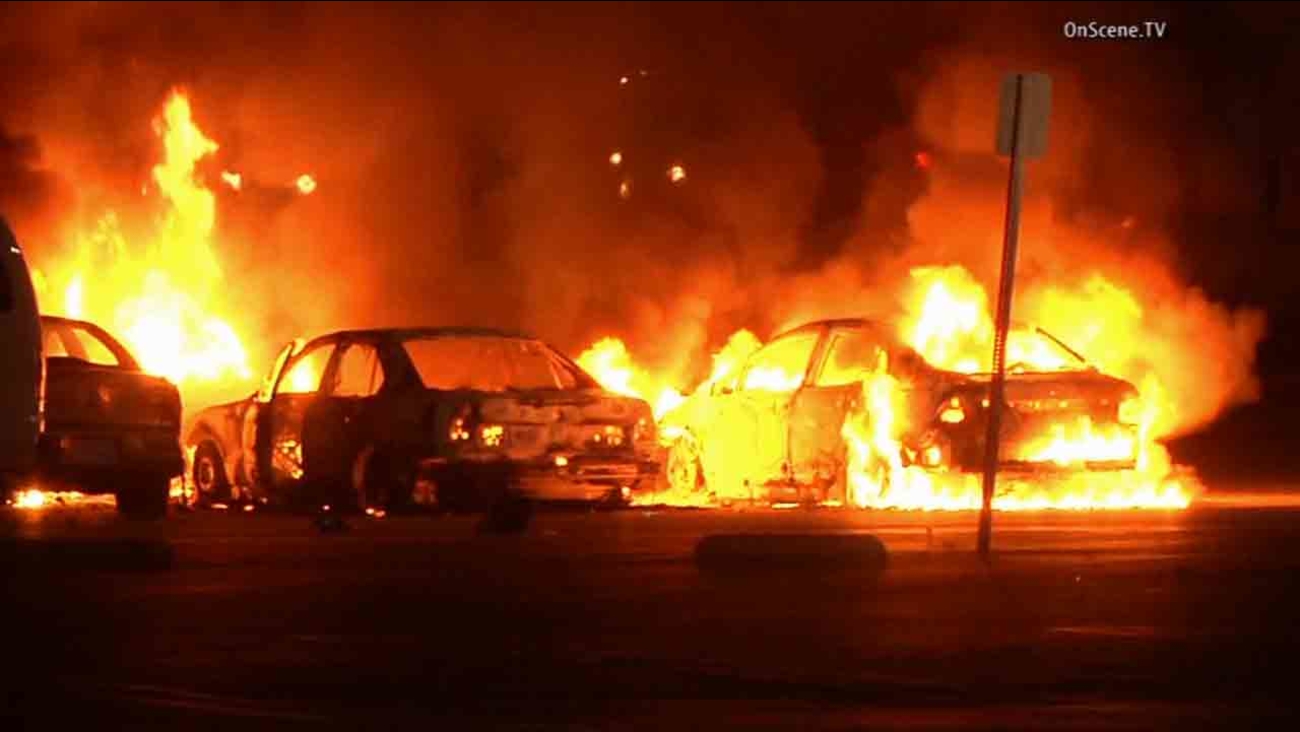 VENTURA, Calif. (KABC) -- A man was hospitalized but in police custody after allegedly setting five cars on fire in the parking lot of the Ventura County Government Center early Saturday, sheriff's deputies said.

Jeffrey Landis, 36, of Santa Monica, was booked for arson and resisting arrest. His bail was set at $20,000.

Landis, who authorities believe is connected to the fires, was found near the cars and subsequently taken into custody. Aguilar said the suspect suffered minor injuries while he was being detained and was treated at a local hospital.

Ventura City Fire Department quickly put out the fire. Four of the five cars belonged to Ventura County. Three of those were total losses, while another had moderate damage.

At the scene, Landis told deputies a small backpack he had may contain an explosive device. Deputies alerted the bomb squad, who responded and cleared the backpack shortly before 9 a.m.

The motive for the incident remains unclear. No other injuries were reported.

Anyone with information about this incident is asked to call Ventura County Sheriff's Major Crimes Det. Ryan Clark at (805) 384-4721.