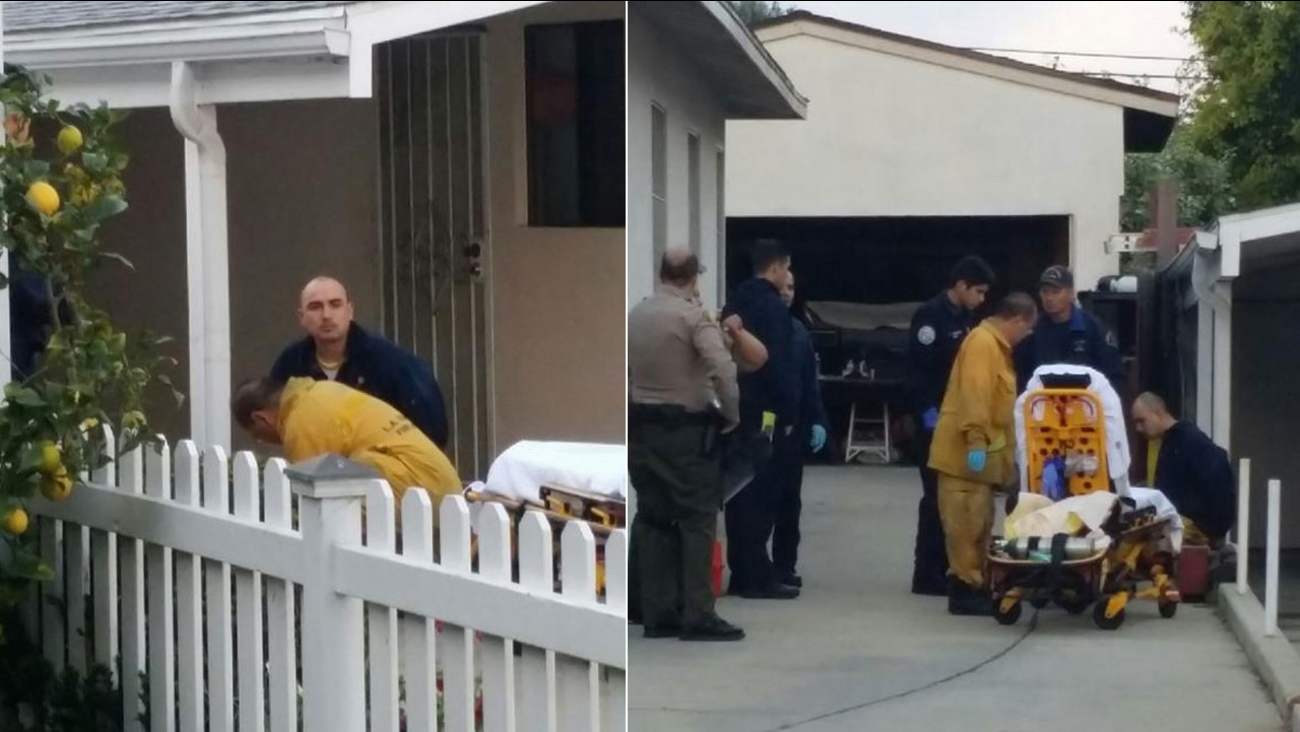 An inmate who escaped from the sheriff's Lomita Station was found hiding in a covered Jacuzzi in a nearby backyard Sunday, March 1, 2015. (Cassi Hammond)

LOMITA, Calif. (KABC) -- An inmate who escaped from the Lomita Sheriff's Station Sunday afternoon was found hiding in a covered Jacuzzi in a nearby backyard, the Los Angeles County Sheriff's Department said.

The hours-long search was centered in the 25800 block of Cypress Street.

Deputies say the suspect, who was working in a back parking lot outside of the station, got in trouble for not following the rules and was issued a warning. The suspect then hopped over a tall fence and fled at about 2:30 p.m.

"[He] decided he no longer wanted to be incarcerated with us and took off over the west wall," said sheriff's Sgt. Paul Creason.

A helicopter and K9 unit were called in, and a containment was set up on Lucille Avenue and Cypress Street south of Pacific Coast Highway.

Arturo Valenzuela was found at about 5 p.m. The 23-year-old suspect sustained an ankle injury during the incident and was transported to a local hospital for treatment.

Valenzuela was later booked on escape charges and is being held in lieu of $100,000 bail.