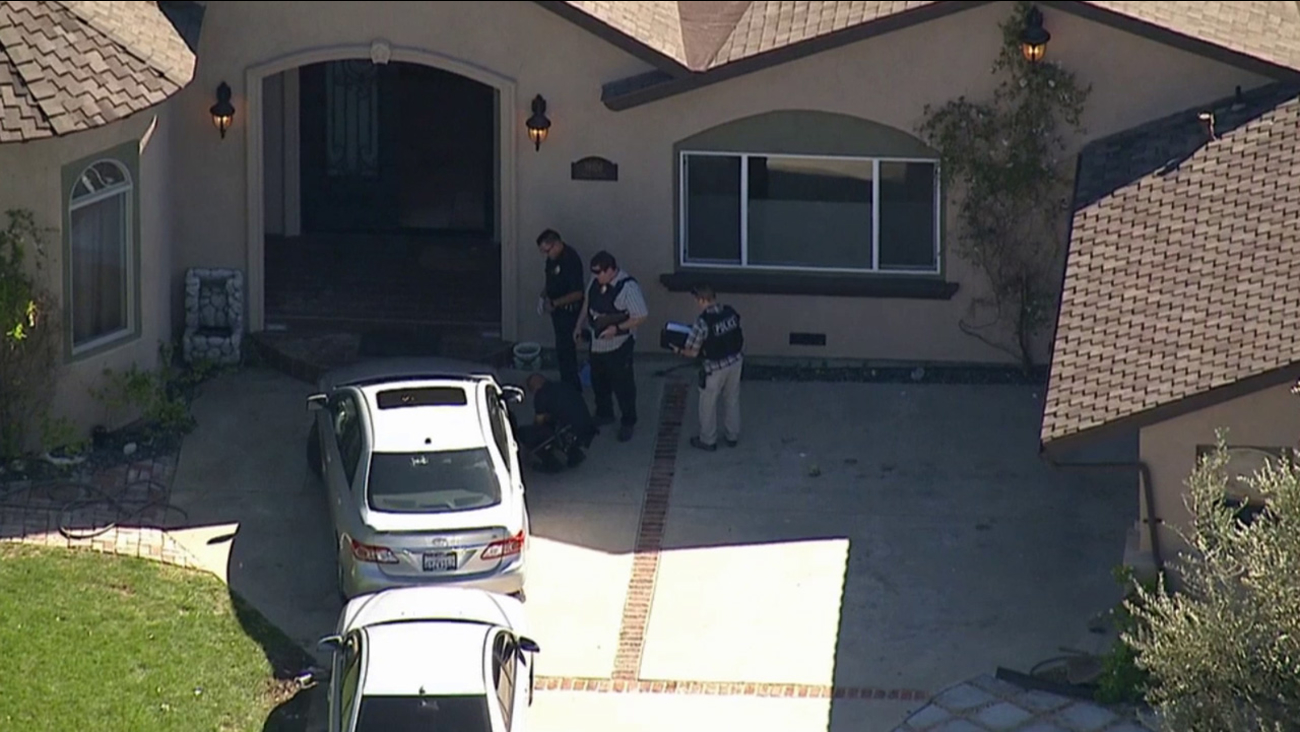 Los Angeles police search near the dorms at CSU Northridge, where two men reportedly fled after shots were fired on Thursday, March, 5, 2015.

The shots were reported at about 1:10 p.m. at Lindley Avenue and Kinzie Street. School officials said the incident occurred off campus.

Two men reportedly fled toward campus dorms. It was unclear if the men were suspects or victims, police said. One was described as wearing a baseball cap and the other was wearing a white shirt, pants and shoes.

Officers searched campus housing for additional suspects. The police perimeter remained in place and students in the area were asked to shelter in place until about 5:30 p.m.