Man stabbed in head during fight in Garden Grove 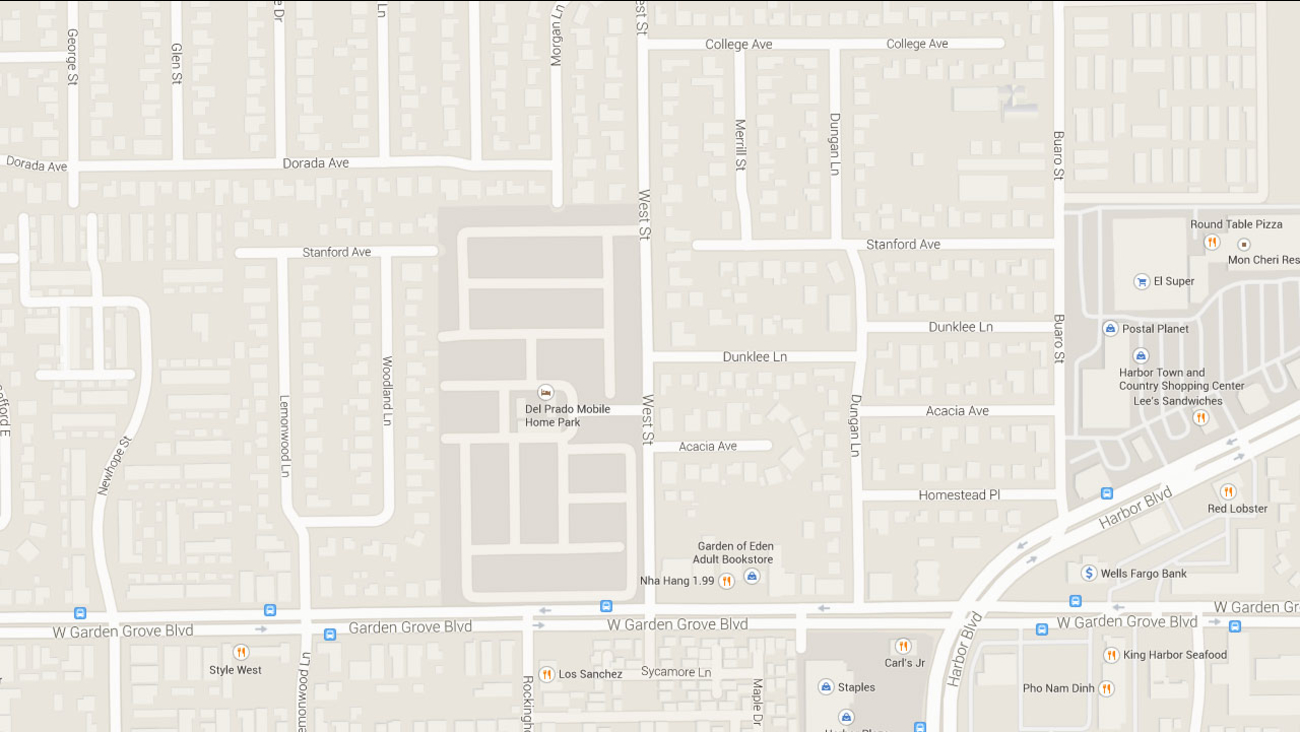 A Google Maps image indicates the area near the 12000 block of Dunklee Lane in Garden Grove.

GARDEN GROVE, Calif. (KABC) -- Two suspects were arrested for assault with a deadly weapon after stabbing a man in the head during a fight in Garden Grove.

Police responded to a call of a fight in progress involving four subjects in front of a residence in the 12000 block of Dunklee Lane at about 8:50 p.m.

When officers arrived at the scene, they found a victim who was suffering from two stab wounds in the head. He was transported to UC Irvine Medical Center.

Alfredo Palacios Jr., 19, of Anaheim and Antonio Gonzalez, 19, of Garden Grove were booked at Orange County Jail after witnesses identified them as the suspects.

Two knives were located at the scene.

Anyone with further information was urged to contact Garden Grove police.