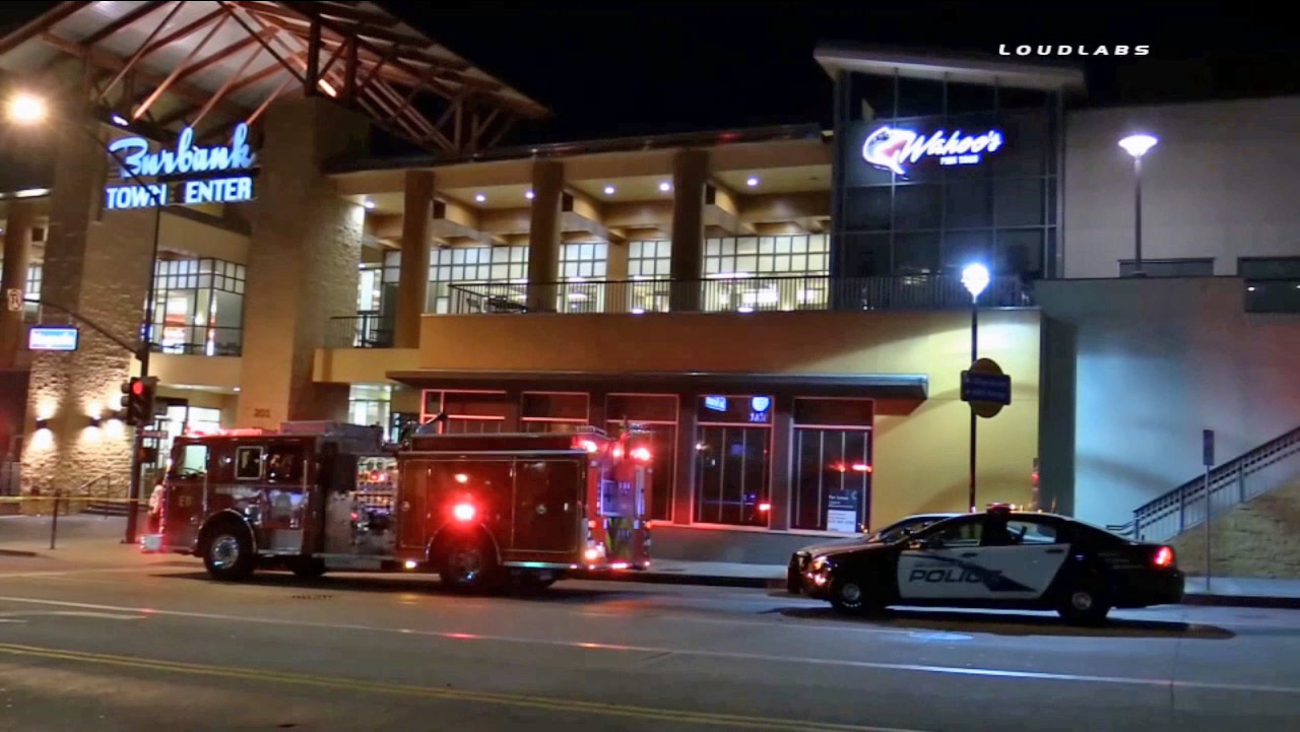 Police respond to an altercation at Burbank Town Center on Saturday, April 4, 2015.

BURBANK, Calif. (KABC) -- An altercation outside of the Burbank Town Center ended with one person being shot early Saturday morning.

Authorities responded to the 200 block of East Magnolia Boulevard at 1:25 a.m. and found one male victim with a gunshot wound to his lower torso.

A second male victim had injuries to his head and face from an attack.

The preliminary investigation revealed that the victims had exited the mall when a group of five males approached the victims and attacked them for an unknown reason. Police say the incident is possibly gang related.

Officers located a suspect, who ran from police. After a short foot chase that went across the 5 Freeway, 24-year-old Albert Vasquez of Los Angeles was taken into custody for attempted murder.

A handgun has been recovered.

Both victims were expected to survive their injuries.

Police are still looking for additional suspects involved in the incident. Anyone with information is urged to call the Burbank Police Department at (818) 238-3210.