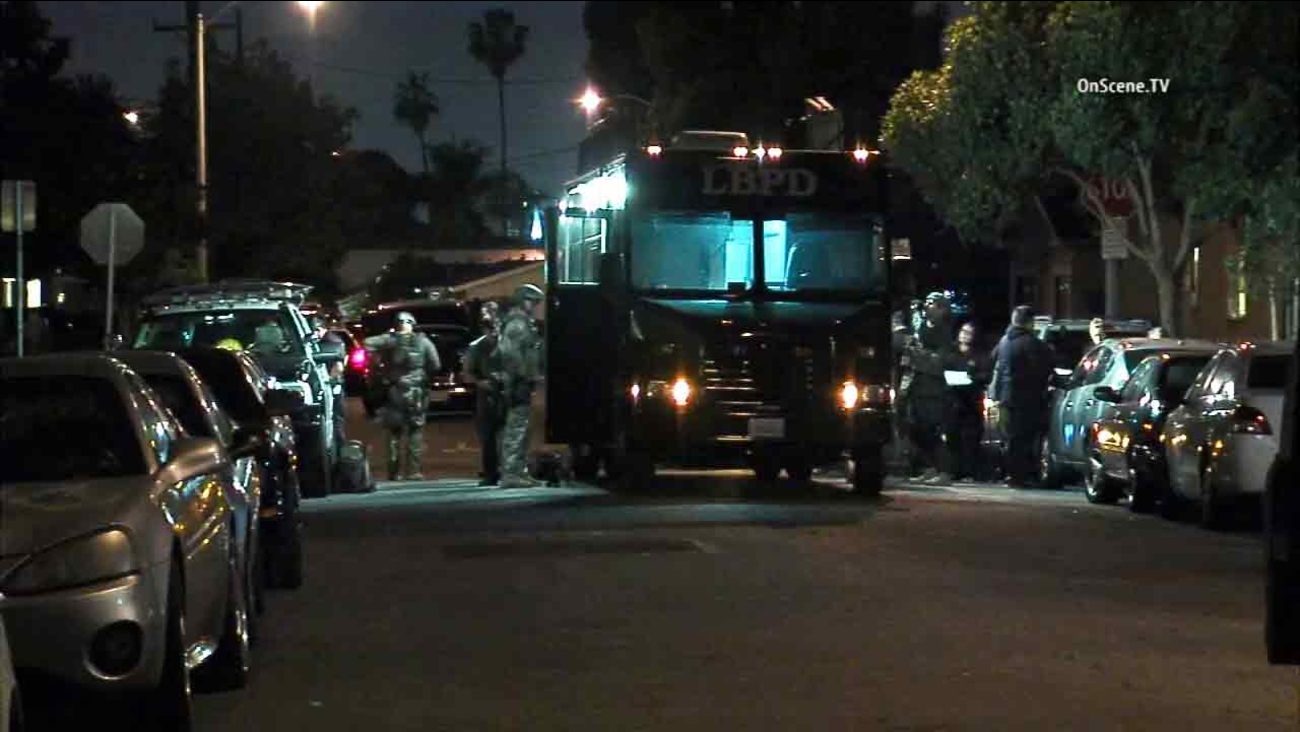 Long Beach police officers are shown at the scene of a barricade situation near Hellman Street and Alamitos Avenue on Friday, April 17, 2015. (KABC)

LONG BEACH, Calif. (KABC) -- A domestic violence suspect involved in a standoff with police in Long Beach fled the scene of the barricade and may have his three kids with him, authorities say.

Officers were trying to make contact with the man, who they believed was holed up inside an apartment building near the intersection of East Hellman Street and Alamitos Avenue. The initial call came in around 12:30 a.m.

Authorities said a female victim was able to flee, while the male suspect refused to comply with police commands to exit the building.

Area residents were evacuated from their homes to a nearby elementary school as a precaution. The evacuation was lifted once police searched the apartment building and realized the suspect was not there.

A flash-bang was heard around 4:45 a.m. It's unknown if the suspect is armed.