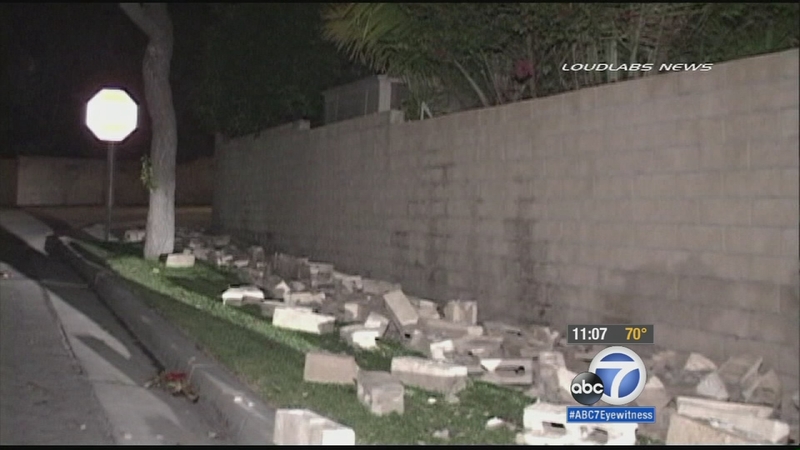 PASADENA, Calif. (KABC) -- What are the odds of a sizable earthquake in the Los Angeles area in the next few years?

Very high, according to one Jet Propulsion Laboratory scientist. But many other experts disagree.

Security cameras caught the shaking and the damage - $12 million worth - when the magnitude-5.1 La Habra earthquake hit last year.

A new study from a JPL geophysicist says there's a 99.9 percent probability it will happen again within the next two and a half years on or near the same fault.

"We didn't do a prediction. We were looking at the elastic energy stored in the crust," said JPL geophysicist Andrea Donnellan. "It's like silly putty. If you pull it, it stretches, and then it breaks. The Earth behaves the same way."

The study says the quake could occur anywhere within about 60 miles of the 2014 shaker, on a number of different faults.

Some seismologists question the study's findings, especially putting a specific time frame on an earthquake since they can't be predicted.

But this is earthquake country, and we should all expect a moderate shaker at some point.

"Magnitude-5 earthquakes are to be expected not infrequently," said USGS seismologist Susan Hough. "We don't know for sure that something is going to happen in the next year or the next three years. That's really overstating the case."

Despite the debate among the experts, some residents say they believe the new study. Others say we should always be prepared.

"JPL usually knows what they're talking about, and I think we better listen to whatever advice they're giving us," said Thelma Schoen of South Pasadena.

"I think it's very credible. I have been in California my whole life. That sounds about like the rhythm I'm expecting," said Chris Buchanan of El Sereno.