KABC
By Jovana Lara
HARVARD HEIGHTS, LOS ANGELES (KABC) -- An anonymous online threat prompted the cancellation of classes Wednesday at Loyola High School in Los Angeles but was later found to not be credible, authorities said.

The school in Harvard Heights was notified Tuesday evening of the threat, which had been posted on a social media website. Parents were notified of the threat and the cancellation via email about 2 a.m.

The decision to cancel classes and on-campus activities was a precautionary measure taken in collaboration with the FBI and Los Angeles Police Department, according to loyolahs.edu.

After LAPD investigators responded to the school at 1901 Venice Blvd., a police spokesman said the threat originated overseas and did not specifically target that campus.

"It was directed at a Loyola school, towards an unknown teacher. The person appeared to be upset about a bad grade," said LAPD Capt. David Kowalski.

As many as eight schools in the United States have the name Loyola in their name.

Officials say the threat on social media was reported in England.

Investigators later determined the threat was not credible.

Classes are expected to resume Thursday, but extra police patrols will be visible.

"We work closely with the administrators at the school to ensure that all the families and the students feel safe coming back to school," Kowalski said. 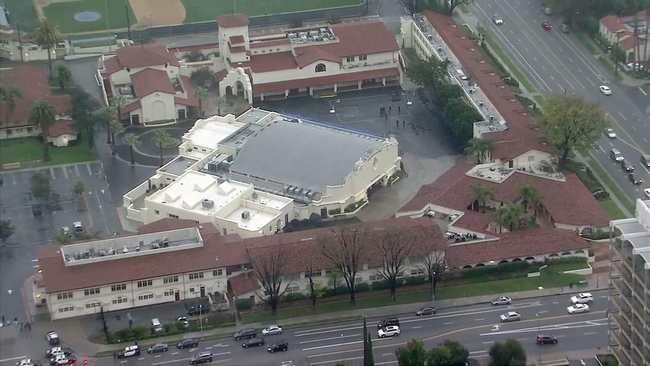