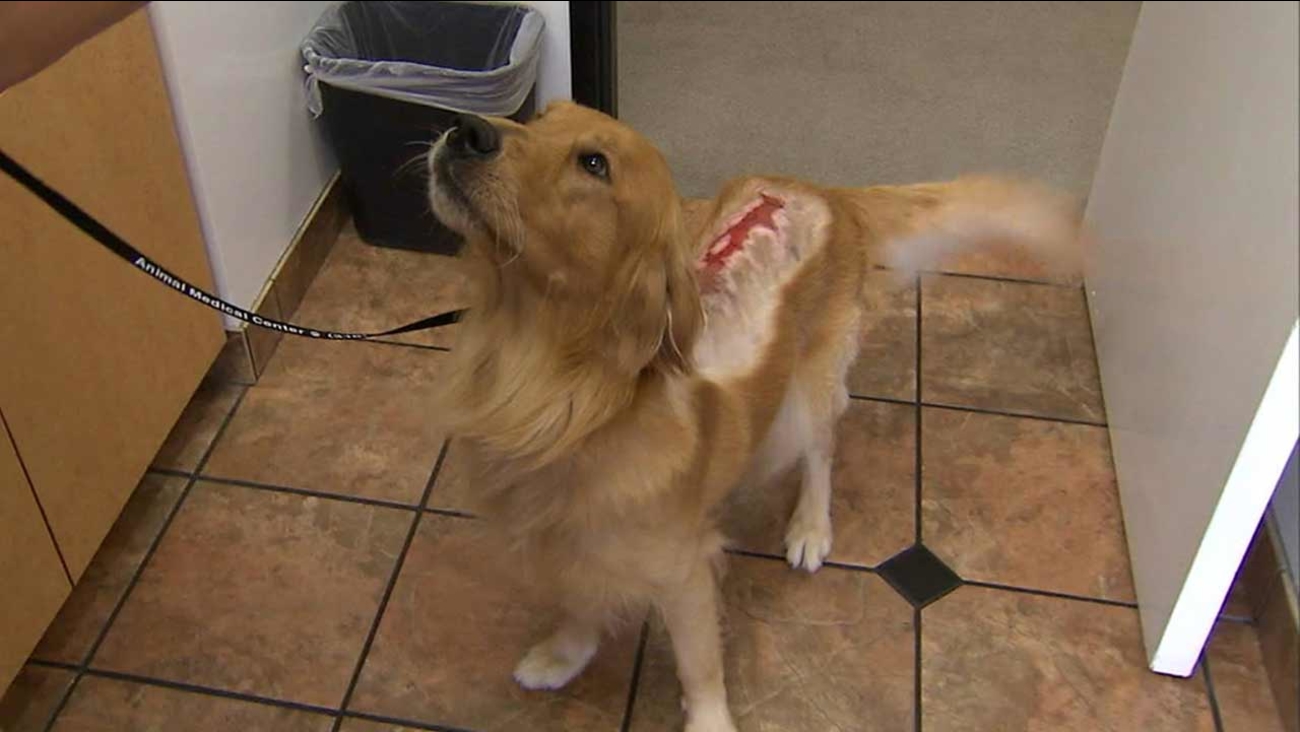 A golden retriever nicknamed Fergus is recovering from third-degree burns down his back.

LOS ANGELES (KABC) -- The investigation into the supposed attacks that burned several dogs in the Antelope Valley has turned up a new theory - it may have not been intentional.

Authorities from Los Angeles Supervisor Michael Antonovich's office say it is possible that the dogs' injuries were not caused by intentional chemical attacks, but rather by "solar thermal necrosis," which is chronic sun damage. This disorder is common in hot and sunny climates.

The investigation is ongoing and the $25,000 reward for information remains in effect. Officials say they're not ruling anything out.