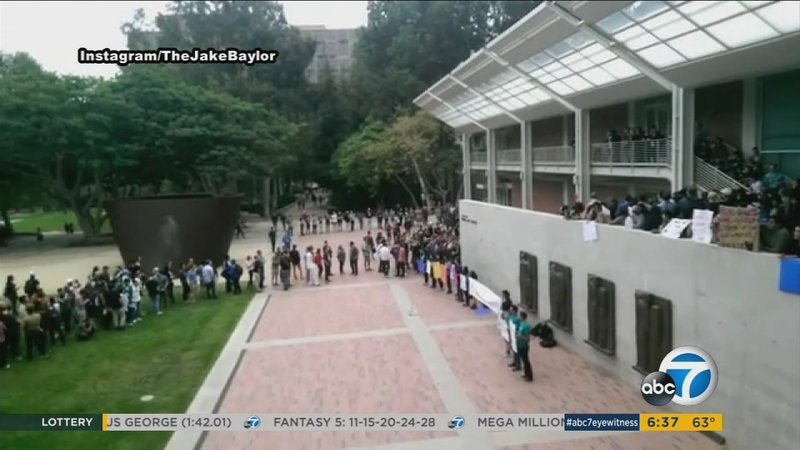 Demonstrators blocked the entrance to the event called "Feminism is Cancer," which was set to start around 6 p.m. Things got heated between protestors and those trying to get to the event, but no fights broke out.

While protestors were not able to stop the event, the speech was delayed by about an hour. It was held by the Bruin Republicans. The event was the first of two being held by student groups discussing the different roles and views of feminism.