Driver may have been in casino before fatal bus crash near Palm Springs, CHP says

KABC
By Rob McMillan
PALM SPRINGS, Calif. (KABC) -- Investigators were trying to determine if the driver of a bus that crash and killed more than a dozen and injured dozens more near Palm Springs was in the casino with passengers beforehand.

The National Transportation Safety Board and officers with California Highway Patrol were looking into what led up to the bus crashing into the back of a semi-truck on the 10 Freeway as it was returning to Los Angeles from a trip to Red Earth Casino on Sunday.

The California Highway Patrol identified Vides as the owner and driver of the USA Holiday bus.

All of the victims were Los Angeles residents except Corvera, who was a Palmdale resident. Two of the deceased have been identified, but officials said they were waiting to release the identifications pending notification of their next of kin.


In addition to the 13 fatalities, 31 people were injured. According to CHP, the majority of passengers were sleeping at the time of the crash.

It was not known if alcohol, drugs or fatigue played a role in the crash, but the bus was inspected in April and had no mechanical issues, Abele said. The truck driver received minor injuries.

CHP said the casino provided them with a manifest of the passengers on the bus. According to CHP, Vides arrived at the casino between 11 and 11:30 p.m. on Saturday and the bus left at 4 a.m.

Investigators said they believed Vides, who officials stated was properly licensed to operate the bus, may have been in the casino with the passengers, though CHP said they could not confirm he was in the casino at this point in the investigation.

Vides, USA Holiday and bus driver Paulino Camacho Ceballos were sued after a USA Holiday bus was involved in a crash with a car on the westbound 60 Freeway in Riverside on June 27, 2003, according to court documents.

Court records indicated the lawsuit was settled, though the terms of the settlement were not disclosed.

The National Transportation Safety Board had a team investigating Sunday's crash.

Anyone who witnessed the crash or has any information that could aid detectives in their investigation was urged to call California Highway Patrol at (760) 772-8900.
Related topics:
palm springsriverside countytraffic fatalitieschpsemi crashntsbbus crash
Copyright © 2020 KABC-TV. All Rights Reserved.
RELATED 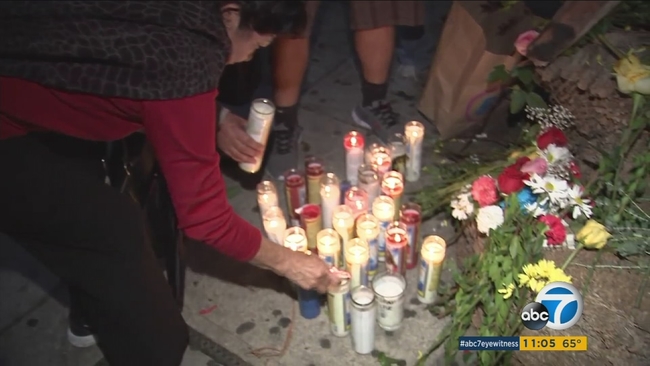 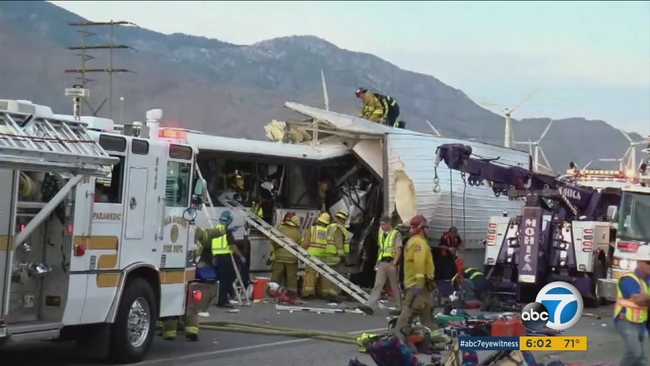