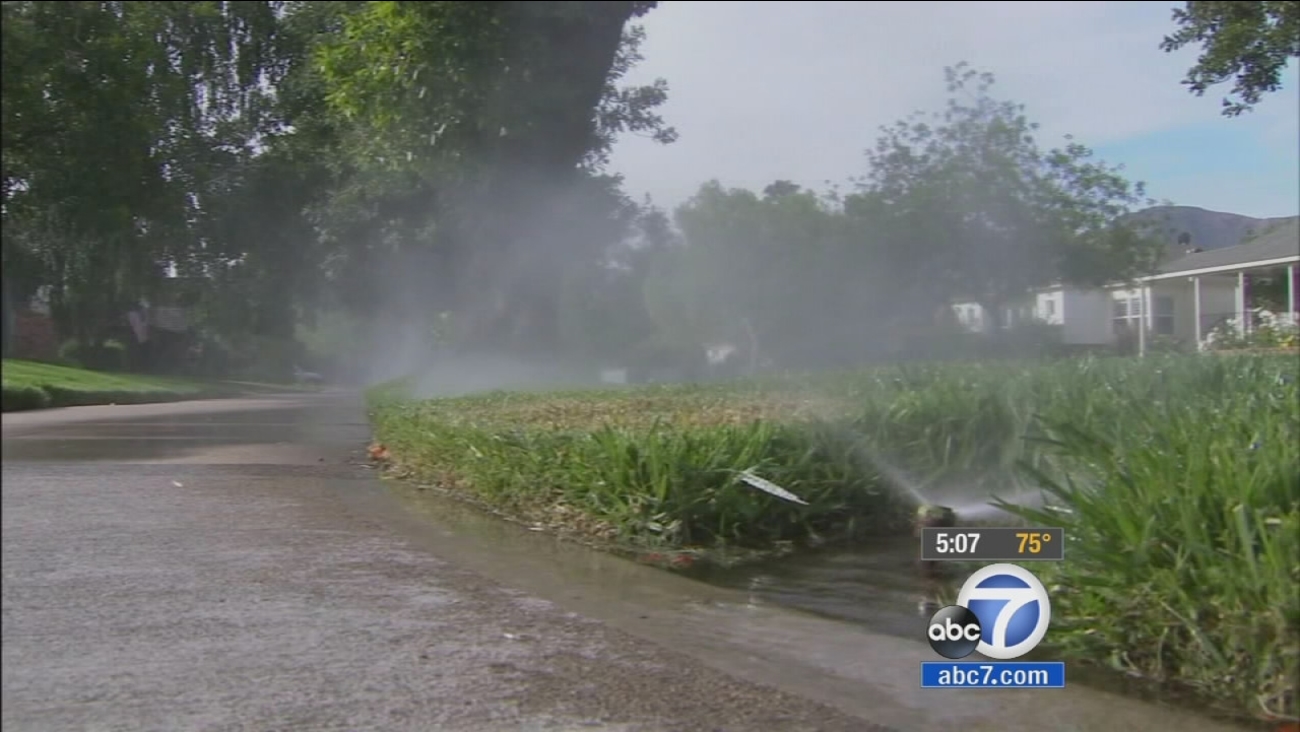 Water use statewide went up by 1 percent over the past year, according to the State Water Resources Control Board, despite the statewide drought. (KABC)

SACRAMENTO (KABC) -- California regulators approved fines of up to $500 per day on Tuesday for water-wasters during drought.

Water use statewide went up by 1 percent this year, according to the State Water Resources Control Board, despite the statewide drought. Much of the increase came from Southern California.

People who over-water to the point that runoff spills onto sidewalks or streets, or those who hose down sidewalks, could be penalized.

Agriculture is by far the greatest water user, adding up to about 75 percent of all consumption in the state. California leads the nation in more than a dozen crops, including almonds and grapes, but a new study estimates farmers will leave nearly 430,000 acres unplanted at a cost of $2.2 billion to the state economy.

Cities and suburbs use about 20 percent of the state's water.

The city of Los Angeles has had watering restrictions for several years. Officials say they are being enforced.