The controversial measure, approved by a 3-2 vote, stipulates that the city will not help federal officials enforce immigration laws.

The council members who voted in favor of the legislation said they were concerned by reports that 80 students in Malibu's public schools were either in the country without legal permission or had parents who were undocumented.

She pointed out that the legislative body had voted to express its opposition to the Dakota Access pipeline in December.

"If we were Poughkeepsie, New York, this would not make the evening news," said Councilman Rick Mullen, who voted against the sanctuary city proposal, which he described as "public relations propaganda."

"But when you have a small town with worldwide recognition, that makes the news," Mullen said.

The move came about five weeks after President Donald Trump said in an interview that he would not be opposed to using defunding as a "weapon" against cities and states that want to provide sanctuary to undocumented immigrants.

"I don't want to defund anybody," Trump said. "I want to give them the money they need to properly operate as a city or a state. If they're going to have sanctuary cities, we may have to do that."

Given that Malibu receives less than $50,000 annually in federal funds, according to supporters of Resolution No. 17-08, the potential financial fallout of Monday's declaration vote is minor. 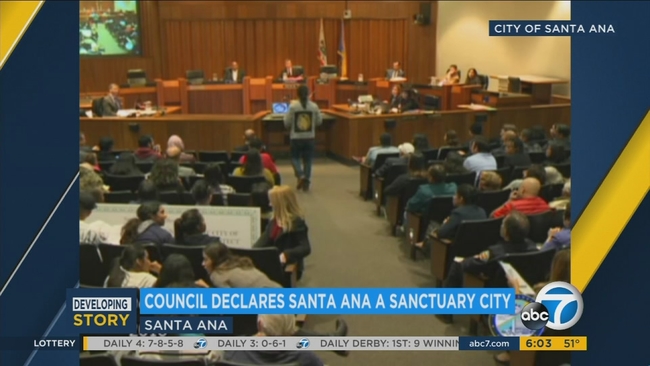 Santa Ana declared a sanctuary city in vote by council 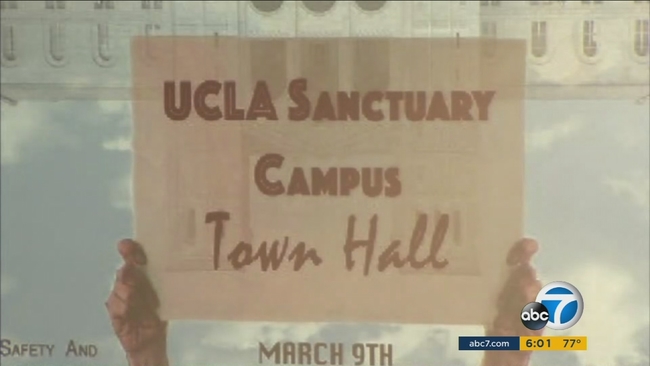