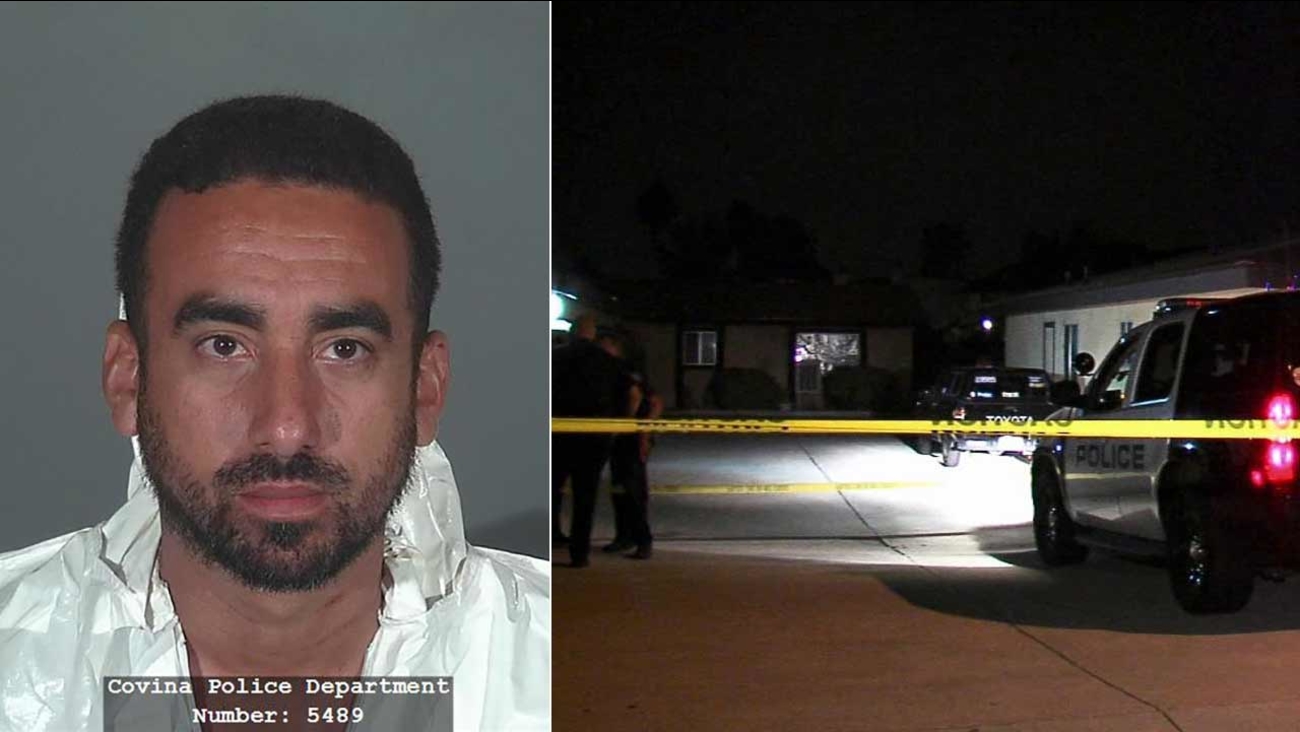 Raymond Guerra, 35, of Covina allegedly shot his wife in the face during a domestic dispute at a residence in the 1100 block of N. Citrus Avenue on Tuesday, Oct. 13, 2015.

KABC
By ABC7.com staff
COVINA, Calif. (KABC) -- A man was arrested on suspicion of attempted murder after allegedly shooting his wife in the face in Covina early Tuesday, police said.

Officers responded to a shooting call in the 1200 block of N. Citrus Avenue around midnight and found the victim bleeding outside her apartment. She was transported to Los Angeles County+USC Medical Center, where she's currently listed in serious condition.

During the investigation, Covina police determined the victim's husband, Raymond Guerra, 35, of Covina, had shot his wife. He was taken into custody without incident and a handgun was recovered at the scene.

Guerra is being held in lieu of $1,030,000 bail and was additionally charged for an outstanding traffic-related warrant. He's scheduled to be arraigned on Thursday.

According to Covina police, there were three adults and a 3-year-old child inside the house at the time of the shooting.