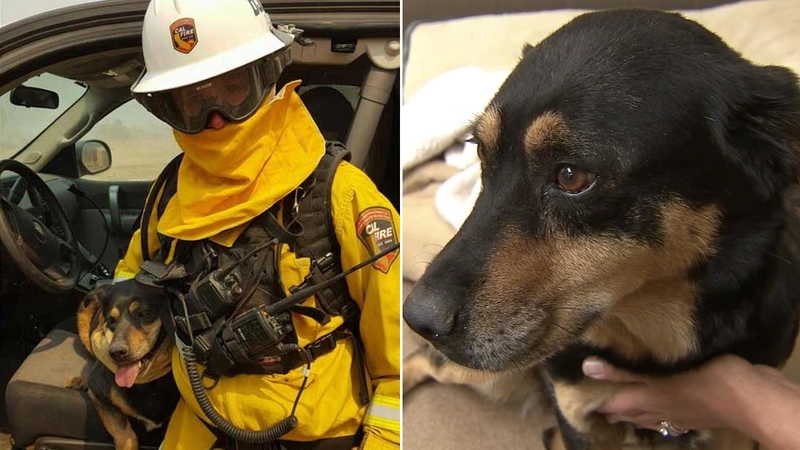 APPLE VALLEY, Calif. (KABC) -- Dozens of pets rescued from the Blue Cut Fire are still in shelters, waiting to be claimed - including one dog who ran from a burning building and leapt into a firefighter's arms.

Many dogs and cats are still at the Apple Valley Animal Shelter, waiting to be picked up by their owners.

"What we would like is to return those animals, those cats, to their owners as soon as possible," said Gina Whiteside with Apple Valley Animal Services.

There are still 12 cats and 45 dogs at the Apple Valley Animals Shelter.

One dog's paws were burned in the fire. And then there's "Blue," named by shelter workers after the fire.

Blue was rescued by a firefighter in the West Cajon Valley area earlier this month. Cal Fire said Blue ran from a burning structure and jumped into a firefighters' arms.

Cal Fire posted a photo on Facebook of Battalion Chief Mike Mohler hugging the dog after the rescue.

But the truth is, many of the families these animals belong to might not have homes to return to because they were destroyed in the fire.


"What we're looking for is those owners to reach out to us as they start to recover from this fire incident. We'll do everything we can to find placement for those animals and work with them until they can bring their animals back home," Whiteside said.

If owners are worried about the cost of picking up their animals, Whiteside says - don't even think about it.

"Because this was declared a state of emergency, there is no cost to animal owners," she explained.

So take a good look. While there were originally more than 450 animals at the Apple Valley Animal Shelter, there are now only a few dozen.

If you recognize any of these pets as yours, they're waiting and hoping to return home soon.
Related topics:
san bernardino countyshelteranimal rescuepetbrush firedogwildfireblue cut firefirefighters
Copyright © 2021 KABC-TV. All Rights Reserved.
RELATED 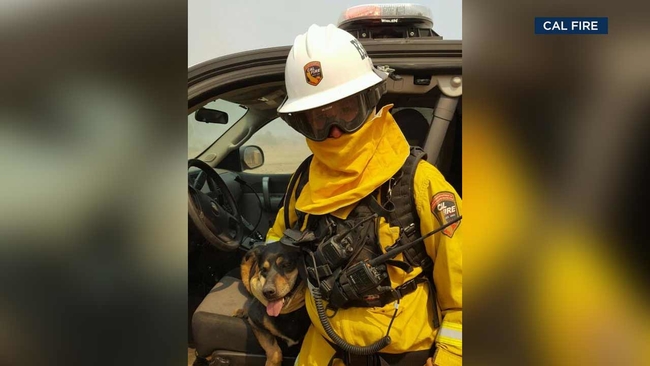