Driver of van that struck man in Burbank was stabbed before crash, police confirm 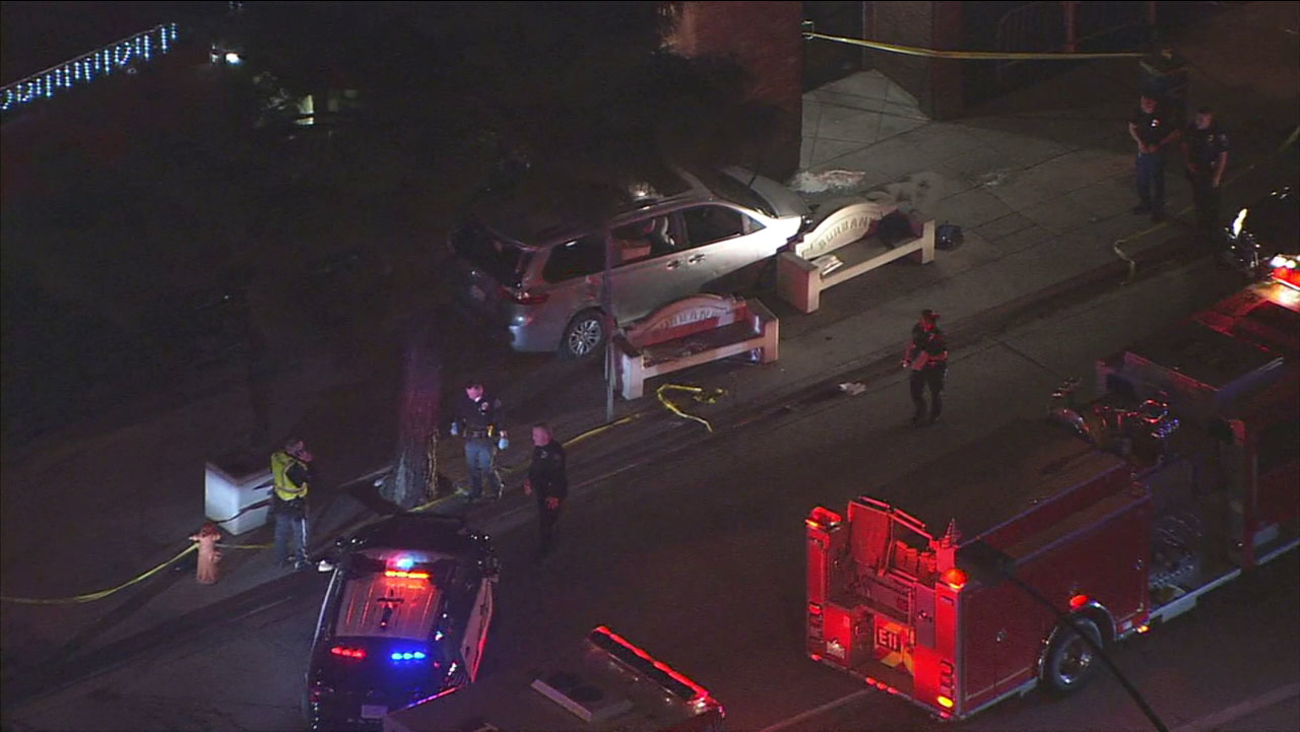 Authorities investigated the scene of a fatal crash after a mini-van struck a pedestrian in downtown Burbank on Friday, Dec. 9, 2016. (KABC)

BURBANK, Calif. (KABC) -- Burbank police confirmed Saturday the driver of a van that jumped a curb and struck and killed a man in Burbank was stabbed before the crash.

Authorities said the driver, a 33-year-old Glendale man, was heading westbound down Olive Avenue when he sideswiped another car around 6 p.m. Friday night. The driver continued heading westbound and then ended up jumping the curb of a sidewalk and fatally hitting a pedestrian, identified as 52-year-old Rodolfo Tan, a Burbank resident.

Tan was pronounced dead at the scene.

The driver of the van was treated at the scene and transported to a local hospital. Investigators said he had suffered a stab wound to his chest before the collision.

The driver was listed in critical condition as of Saturday and has been unable to speak with investigators, according to a press release from Burbank police.

An investigation remained opened and authorities were working to determine how and when the driver was stabbed.

Anyone with information was asked to contact Burbank Police detectives at (818) 238-3210.