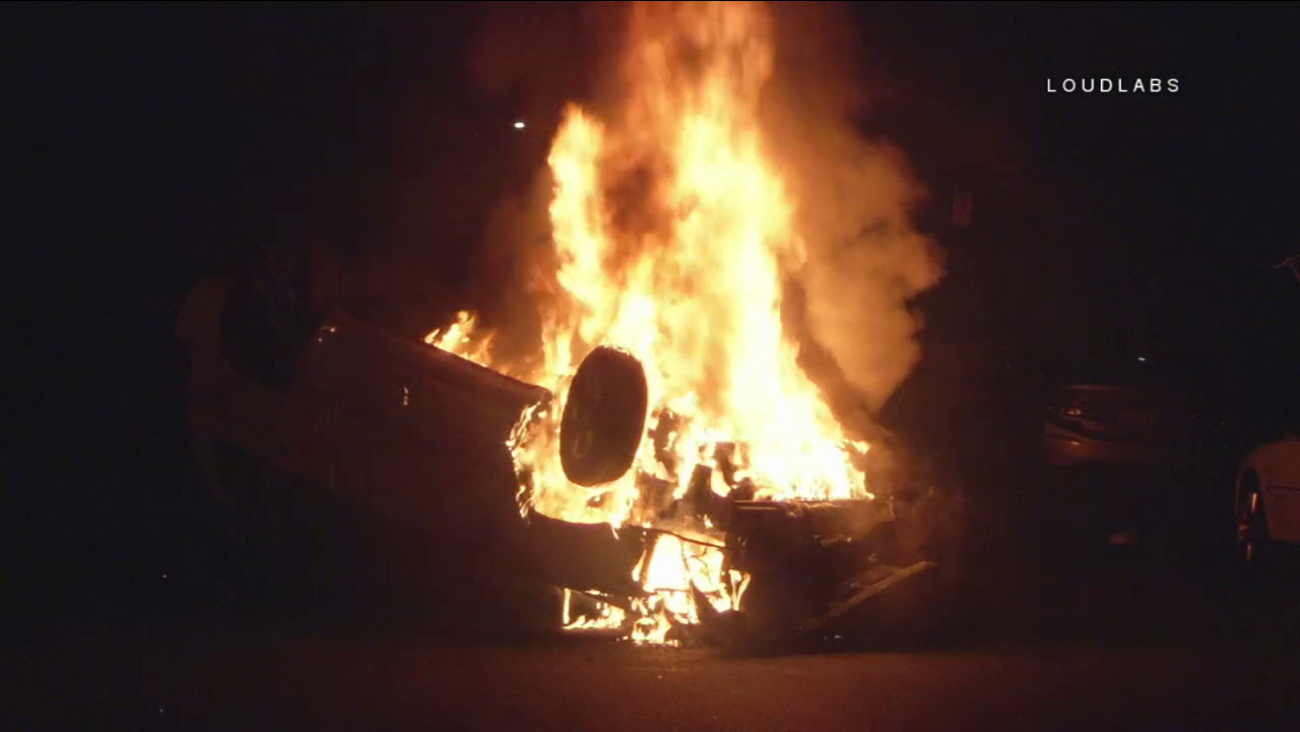 Flames engulf an overturned SUV after a crash on a street in Van Nuys on Thursday, May 11, 2017. (Loudlabs)

VAN NUYS, Calif. (KABC) -- A DUI suspect was arrested early Thursday morning after an SUV hit several parked vehicles and then overturned and erupted in flames.

The SUV also struck a light pole in the crash, which occurred about 2:15 a.m. in the area of Orion Avenue and Hartland Street, said a spokesperson for the Los Angeles Police Department's Valley Traffic Division.

Los Angeles Fire Department firefighters responded to the scene and extinguished the blaze.

It was unclear if anyone was injured in the incident.