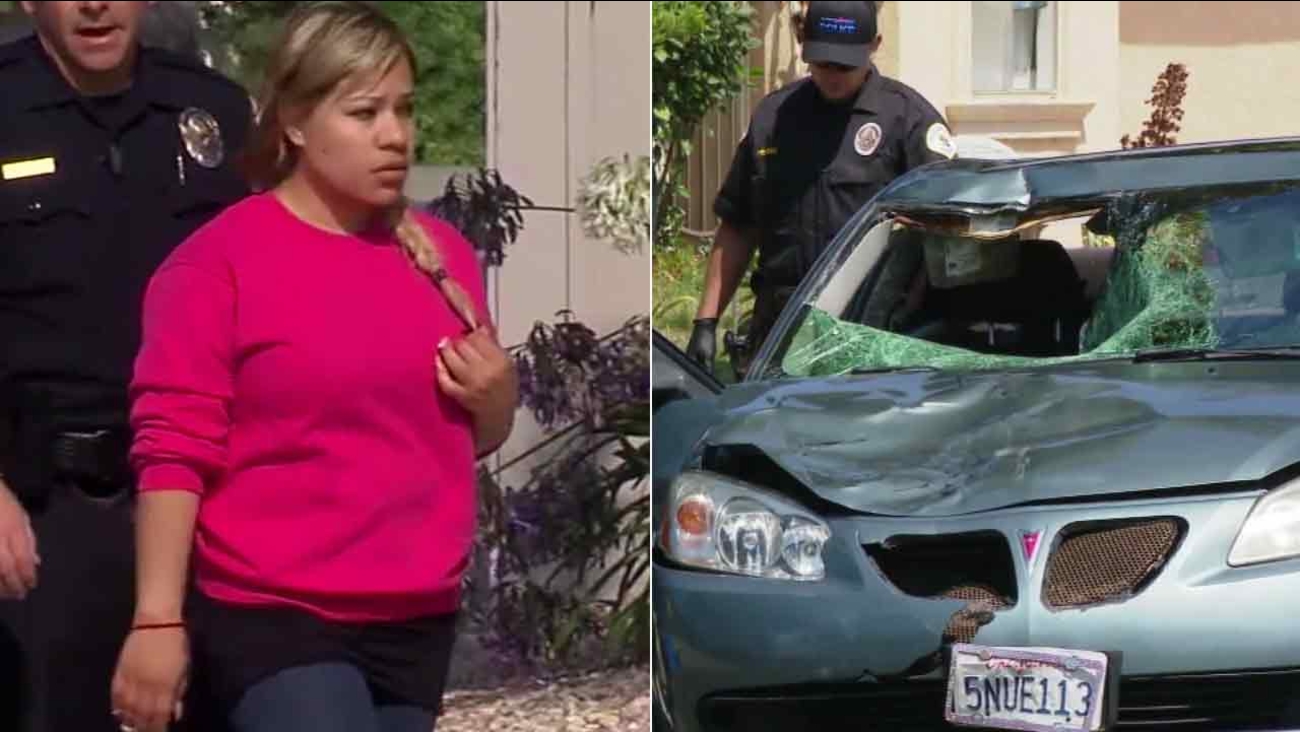 Esteysi Sanchez, 29, is seen being taken away by police following a fatal crash in Oceanside on Monday, June 27, 2016.

OCEANSIDE, Calif. (KABC) -- A suspected drunken driver in San Diego County is accused of striking a man on a sidewalk, then driving a mile with his body lodged in her car.

The crash occurred along Mission Avenue in Oceanside around 6:30 a.m. Monday. Following the incident, police said 29-year-old Esteysi Sanchez parked her car and walked away.

According to authorities, the pedestrian's leg was severed and landed on the trunk of the car. His body went through the windshield and ended up in the passenger seat. Responding officers found the victim still inside the car.

A short time later, police arrested Sanchez. She was booked on suspicion of DUI, gross vehicular manslaughter and hit-and-run.

The victim was not immediately identified, but authorities said he was a 69-year-old Oceanside resident.