Suspect killed by deputies in East LA had replica handgun 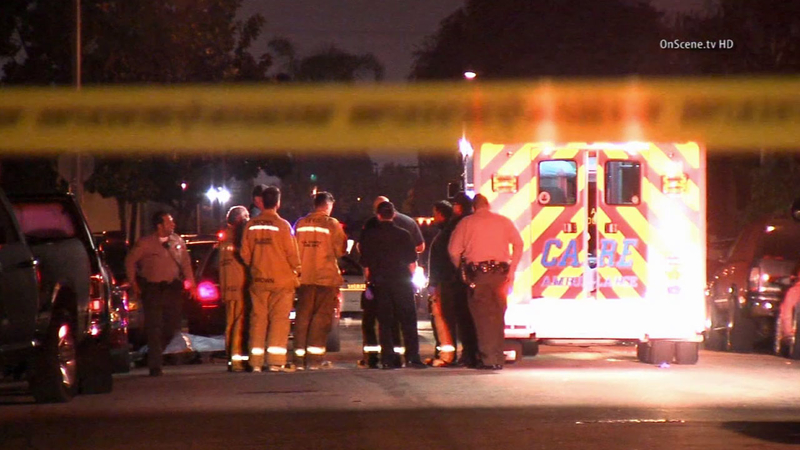 EAST LOS ANGELES (KABC) -- Two suspects were killed by Los Angeles County sheriff's deputies in East Los Angeles Sunday, and according to the family, one of suspects had been carrying a BB gun.

Authorities say an individual reported to deputies that a passenger in a nearby vehicle had pointed a handgun at him in the 1100 block of Atlantic Boulevard at about 2:20 a.m. Responding deputies located the vehicle and attempted a traffic stop.

That's when both suspects exited the vehicle at South Hillview Avenue and Verona Street. The passenger, identified as 26-year-old Eduardo Bermudez, was carrying what appeared to be a handgun, and four deputies fired several rounds, killing both men. The driver was identified only as a 57-year-old man.

Bermudez's family says he had been at a party for his 3-year-old nephew at a home near where the shooting took place earlier in the day. Deputies say the two suspects had been drinking at a party, and then stopped at a bar.

"It's just hard to imagine that from one day to another he's gone," said Alma Cabrera, Bermudez's cousin. "He was always a happy guy."

A third suspect was not being sought as initially reported by the department.

Police seized a weapon at the scene, and it was later determined to be a replica .45 caliber handgun.

The fatal shooting remains under investigation.