'Facebook killer' takes his own life as police close in 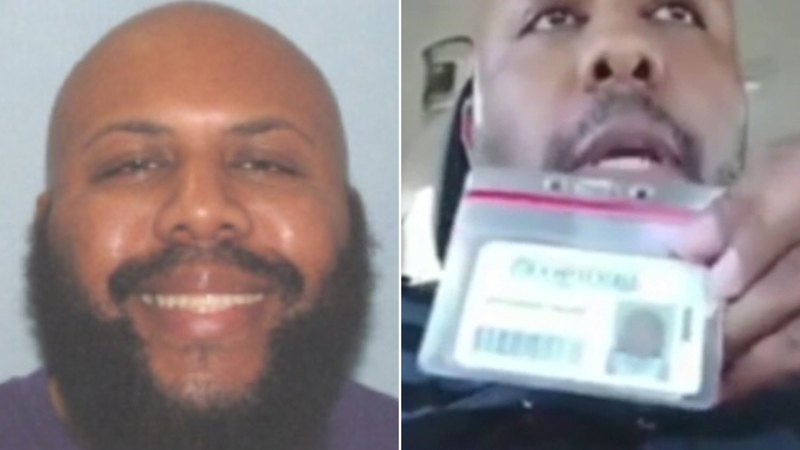 'Facebook killer' takes his own life as police close in

CLEVELAND (KABC) -- The man accused of randomly gunning down a Cleveland retiree and posting the video to Facebook took his own life in Pennsylvania, where police were tipped off by a McDonald's worker.

The man who randomly killed a Cleveland retiree and posted video of the crime on Facebook shot himself to death on Tuesday in Pennsylvania, police said.

The McDonald's employees tried to "buy some time for the cops" by telling Stephens his fries were delayed, but he said he had no time to wait and drove off, according to DuCharme.

Acting on the tip, police arrived at the Erie McDonald's and spotted Stephens leaving the fast-food restaurant.

Steve Stephens was spotted this morning by PSP members in Erie County. After a brief pursuit, Stephens shot and killed himself.

Officers went after him, even bumping his car to try to get it to stop. The chase lasted 2 miles before Stephens shot himself in the head after the car spun and came to a stop, police said.

McDonald's released a statement regarding the employees' actions:

We applaud the crew members at this McDonald's restaurant who recognized the suspect and did the right thing by quickly alerting the authorities of his location. Our thoughts and prayers are with the victim's loved ones and all of those impacted by this horrific crime.
Stephens, a 37-year-old job counselor, was wanted on murder charges in the killing of Robert Godwin Sr., 74, a former foundry worker and father of 10 who was picking up aluminum cans on Easter Sunday when he was shot.

The chilling video was on Facebook for three hours before it was taken down. It was just the latest instance of crime footage being shared on social media.

"We have a lot of work and we will keep doing all we can to prevent tragedies like this from happening," Zuckerberg said.

Officials are shown at the scene of the car used by Cleveland Facebook murder suspect Steve Stephens. He died of a self-inflicted gunshot wound.

Facebook said it removed the video of the shooting 23 minutes after learning of it. The company has since announced it is launching a review for reporting harmful content.

Police would not speculate on what triggered the killing, but in the video and other footage he posted, Stephens talked about having trouble with his girlfriend and losing everything he had to gambling. He said he "just snapped."

In the video, Stephens told Godwin the name of his girlfriend and said, "She's the reason that this is about to happen to you." Godwin did not seem to recognize the name.

The woman, Joy Lane, told WJW-TV in Cleveland that she last talked with Stephens on Saturday night, when he told her he had quit his job and was moving out of state.

MORE: Daughter of man gunned down in Facebook video - "I saw the fear in my father's eyes"

One of Godwin's daughters, Debbie Godwin, said she wished Stephens had been captured, saying he should have faced his crime. However, she said she still forgives him.

"I truly can say I don't even feel any animosity against the guy that killed my father," she said. "I'm glad that my parents taught us to love people and to forgive even when they do us wrong...My dad would be the kind of person that would say, 'You gotta forgive.'"