KABC
By Jovana Lara
PALMS, LOS ANGELES (KABC) -- A father is trying to come to grips with the tragic death of his teenage son who was killed crossing a street in Palms.

Jack Phoenix was just 15-years-old when he was decapitated after being hit by a car fleeing police on Sunday.

That driver is still on the loose.

"He was on his way home Sunday night, he texted my wife and they were in the middle of texting and his phone went dead," Nick Phoenix, Jack's father said.

Nick Phoenix said his son was crossing Venice Boulevard at about 8:45 p.m. when a driver in a stolen vehicle gunned the car to get away from an undercover police car.

"I think the guy was going 80 plus down Venice, I don't really know the exact speed, but very fast to outrun the police, which he did. He did outrun the police officer. He just kept on going after he hit my son. My son died instantly," Nick Phoenix said.

The teen, who attended Wildwood Private School until this year when he transferred to Arete Prep Academy, was an aspiring artist with more than 100 pieces of work.

Jack's pen name on his art was "Sake."

"Incredible artist, I mean just had his own unique view of the world," Nick Phoenix said. "He had so many friends. You know he was the kind of kid who was sort of the life of the party and was very funny and unique."

As heartbreaking as the loss of his son is, Jack's father said he's not seeking revenge, though he would like the suspect off the streets so this won't happen again.

"For a lot of people it's really hard, so someone who's desperate steals a car and then makes a terrible mistake like that. Do I instantly condemn that person? I just don't," he said.

In lieu of a grave side memorial, the family is planning a service at a local gallery, where Jack's work will be on display.

"He's had some art shows at his school, but not really so I'm going to give him the art show that he should have had," Nick Phoenix said.

A $50,000 reward is now being offered for information leading to the arrest of the suspect. 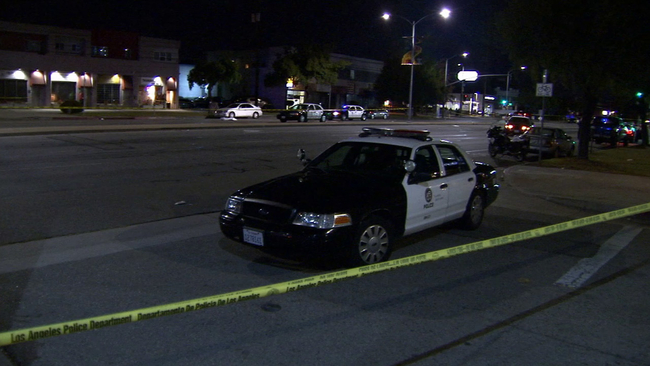