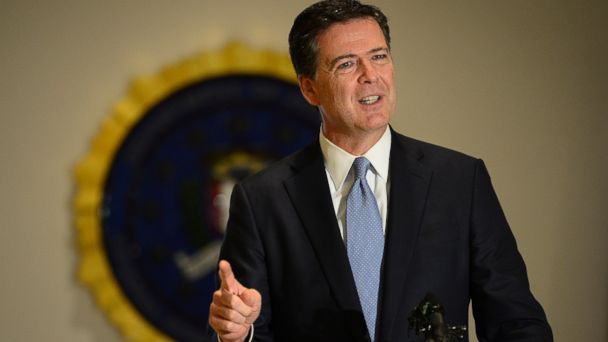 Fearing public backlash for releasing much-anticipated materials on the eve of a holiday weekend, FBI Director James Comey came close to halting Friday's disclosure of two key documents from the FBI's investigation into Hillary Clinton's use of a private email server.

But Comey ultimately let the release happen because "it would be game-playing to withhold it from the public just to avoid folks saying stuff about us," Comey said in a private message to FBI employees today.

"We don't play games," the FBI director said as he further defended his decision not to recommend charges in the matter.

"[D]espite all the chest-beating by people no longer in government, there really wasn't a prosecutable case," Comey wrote in the message obtained by ABC News. "The hard part was whether to offer unprecedented transparency about our thinking."

Responding to Freedom of Information Act requests from several media organizations, the FBI on Friday released notes from agents' three-hour interview with Clinton and a summary of the FBI's complete findings in the case.

After a lengthy back-and-forth among agencies over what information should be redacted, the materials were finally ready for release Friday morning.

"I almost ordered the material held until Tuesday because I knew we would take all kinds of grief for releasing it before a holiday weekend, but my judgment was that we had promised transparency," Comey said in today's message.

In fact, Comey said the FBI has "leaned very far forward in providing transparency" on many fronts, including the "unusual step" of providing certain members of Congress with copies of classified information and other evidence gathered during the Clinton email probe.

"I'm okay if folks have a different view of the investigation (although I struggle to see how they actually could, especially when they didn't do the investigation), or about the wisdom of announcing it as we did (although even with hindsight I think that was the best course)," Comey said. "[B]ut I have no patience for suggestions that we conducted ourselves as anything but what we are -- honest, competent, and independent. Those suggesting that we are 'political' or part of some 'fix' either don't know us, or they are full of baloney (and maybe some of both)."

Comey told his employees they "may be sick" of hearing about the Clinton email probe, and he ended his message by saying, "I will try not to bother you with this any longer."
Related topics:
abc newsnational
Copyright © 2020 ABC News Internet Ventures.
More Videos
From CNN Newsource affiliates
TOP STORIES