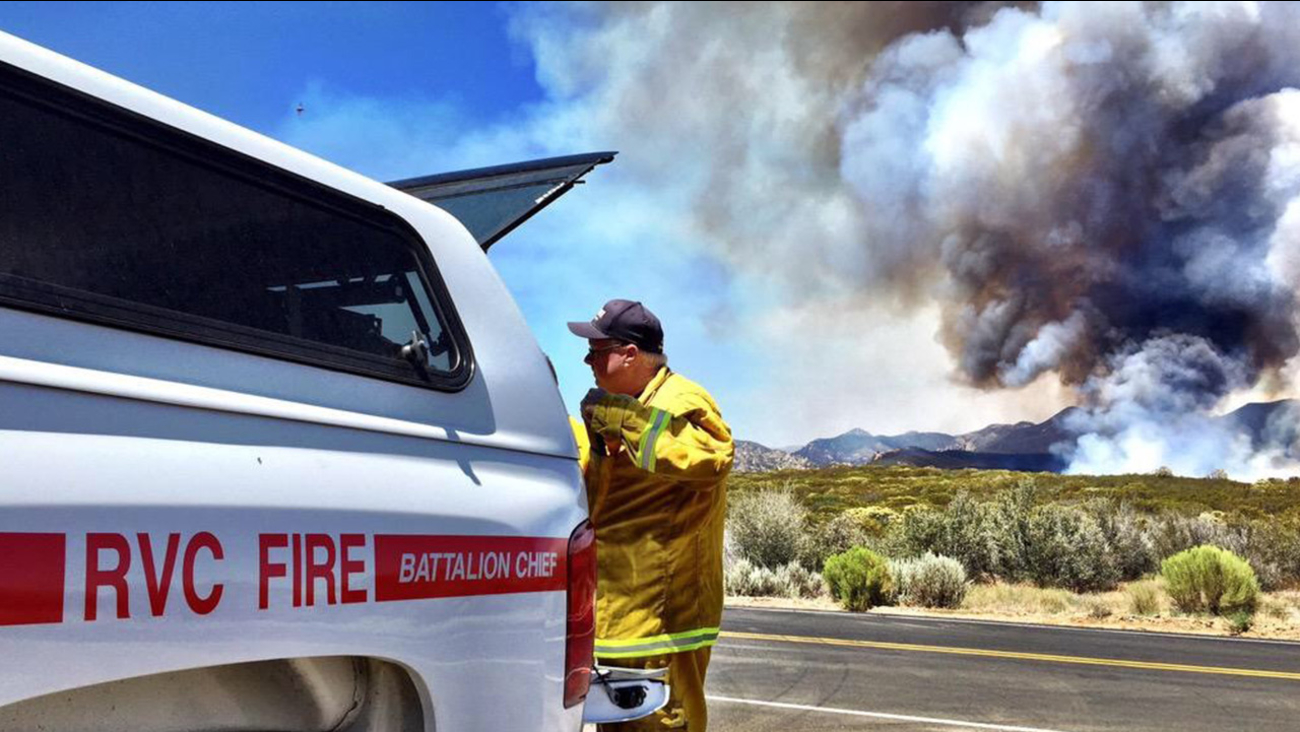 Smoke rises from a motor fire that spread to nearby vegetation in Anza on Monday, Aug. 10, 2015. (Ed Sherman)

ANZA, Calif. (KABC) -- A fire that began at a motor home quickly spread to nearby vegetation and grew to about 500 acres Monday near Highway 74 east of Highway 371 in Anza.

The fire was reported at about 11:45 a.m. CAL FIRE/Riverside County firefighters initially said the flames have the potential to spread to more than 1,000 acres, but the fire stayed at half that size.

More than 350 firefighters, five helicopters and seven air tankers were dispatched to the scene.

Although no structures were immediately threatened, homes east of Paradise Valley Cafe were being evacuated as a precaution. That included residences on Hialeah Way, Pimlico Drive, Arlington Road, Paradise Drive and Church Hill Downs Wood Blue.

One person, who lived in the motor home, suffered first and second degree burns and was taken to a hospital. Three firefighters suffered minor injuries and were taken to nearby hospitals.