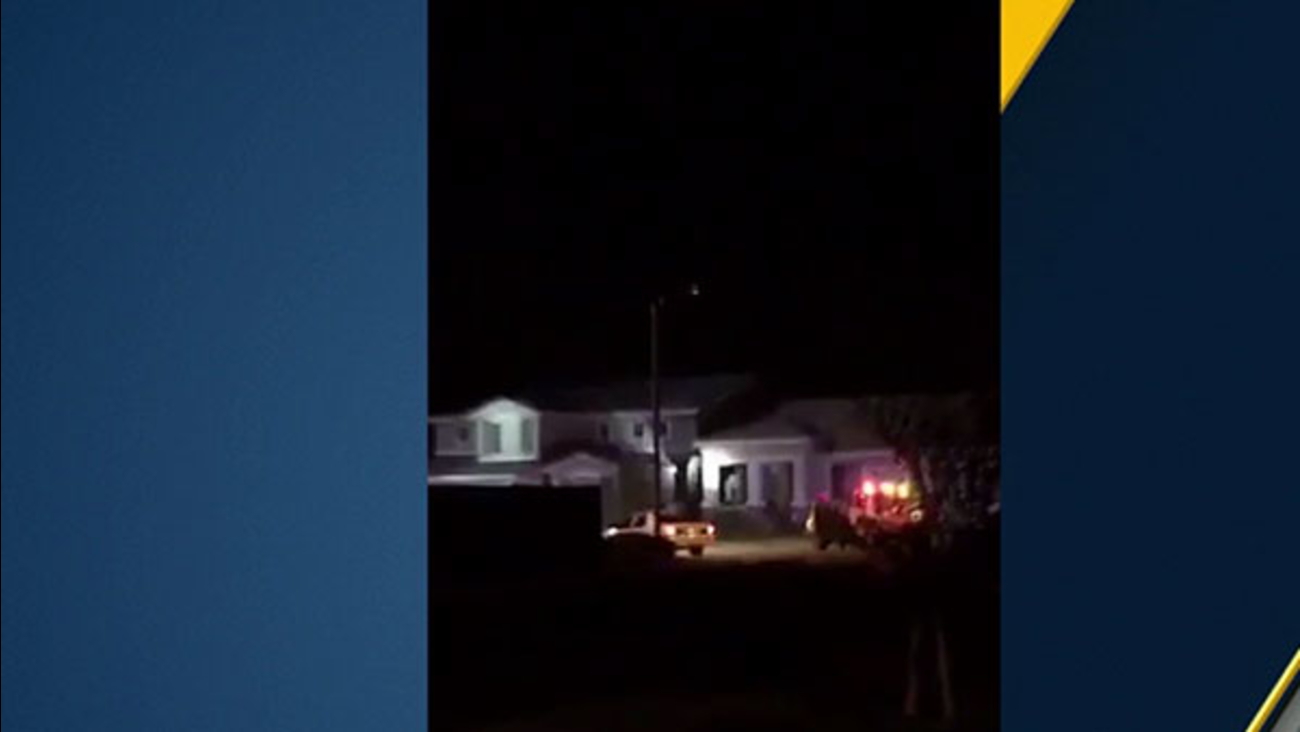 Suspects in an Apple Valley home invasion were arrested after a brief standoff at a Victorville home on Saturday, Oct. 29, 2016.

APPLE VALLEY, Calif. (KABC) -- All four suspects wanted for a home robbery in Apple Valley are in custody after a standoff with police.

Authorities say several victims were held against their will Saturday night in the 14800 block of Apple Valley Road.

The victim called for help after the suspects left and deputies were able to track them to Victorville. They caught two suspects immediately and the other two fled.

There was a standoff involving the sheriff's Special Enforcement Division and the other two suspects were caught. Deputies say they recovered some of the victims' stolen property. One victim was treated for injuries.
Related topics:
victorvilleapple valleysan bernardino countyhome invasionrobberyarmed robbery
Copyright © 2021 KABC-TV. All Rights Reserved.
More Videos
From CNN Newsource affiliates
TOP STORIES