KABC
By ABC7.com staff
FT. LAUDERDALE, Fla. (KABC) -- At least five people died and eight others were hospitalized after a gunman opened fire at Fort Lauderdale-Hollywood International Airport on Friday, according to officials. The suspect was arrested.

At least five people died and either were hurt in the incident, but at least 37 others were hurt after, according to Broward County Sheriff's Department.

MORE: What we know about the Ft. Lauderdale airport shooting

The senior federal official told ABC News the gunman was taken into custody without incident. Sheriff's officials said they believe he acted alone.

The gunman had a military ID with the name Esteban Santiago, a 26-year-old man born in New Jersey. Investigators confirmed to ABC News he is the shooter in the attack and was being interviewed by the FBI.

The FBI confirmed to ABC News that agents were in Union City, New Jersey conducting an investigation, but would not provide details. Two law enforcement officials briefed on the probe said agents were interviewing Santiago's family members.

A law enforcement official, who wanted to remain anonymous, said Santiago contacted the Anchorage FBI office in November, telling them that the government controlled his mind and forced him to watch ISIS videos.

The FBI turned him over to local police, who took him to a hospital for a mental evaluation. After a series of mental health checks, the case was closed.

According to the Army Criminal Investigation Division, Santiago was a combat engineer and honorably discharged from the Army National Guard in 2016.

Authorities said in an afternoon press conference Santiago had a legally-checked gun in his luggage.

They added that he boarded a Delta Airlines flight in Alaska, where his last known address is, that headed to Minneapolis then to Ft. Lauderdale.


Witnesses said the gunman shouted "I'm not Jewish," repeatedly, as he held a "long gun" and opened fire indiscriminately. Authorities said it turned out to be a semi-automatic handgun, but did not specify the type.

The shooting happened in a baggage claim area of Terminal 2, federal sources told ABC News, and TSA officials said the area was "not secure." Authorities said Santiago retrieved a firearm from the baggage claim and opened fire.

The terminal was evacuated until about 11:30 a.m. PST. It was later "repopulated" and all passengers were being rescreened, TSA officials said.

Audio recordings from police scanners and phone calls provide a look into the first few moments during the Ft. Lauderdale airport shooting.

Pictures from the scene showed hundreds of people standing on the tarmac early as ambulances drove by and numerous law enforcement officers rushed to the airport.

Former White House spokesman Ari Fleischer tweeted that he was at the airport when shots were fired and "everyone is running."

Sheriff's officials said although they believe there was only one gunman, authorities searched a parking structure and other areas of the airport to secure the location after unconfirmed reports of more shots fired.

FBI officials added that they have not ruled out any motive - including terrorism - in the shooting.

Sheriff's officials later confirmed there was no other shooting at the airport.

Airport officials hope to have it operational again by 5 a.m. Saturday. 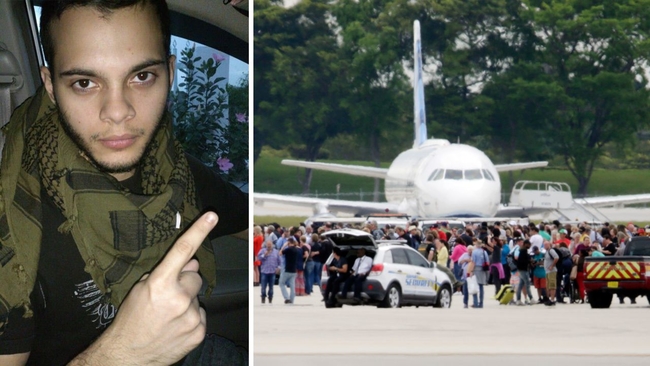 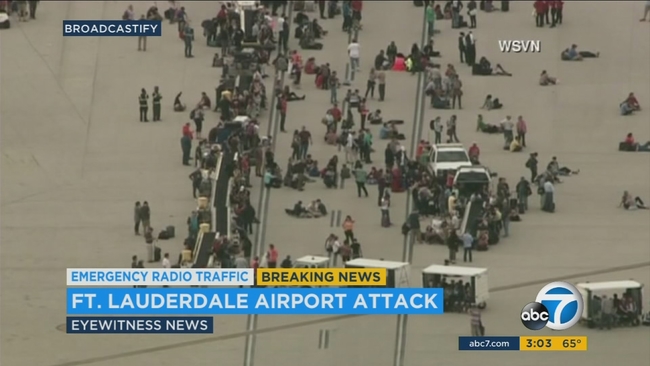