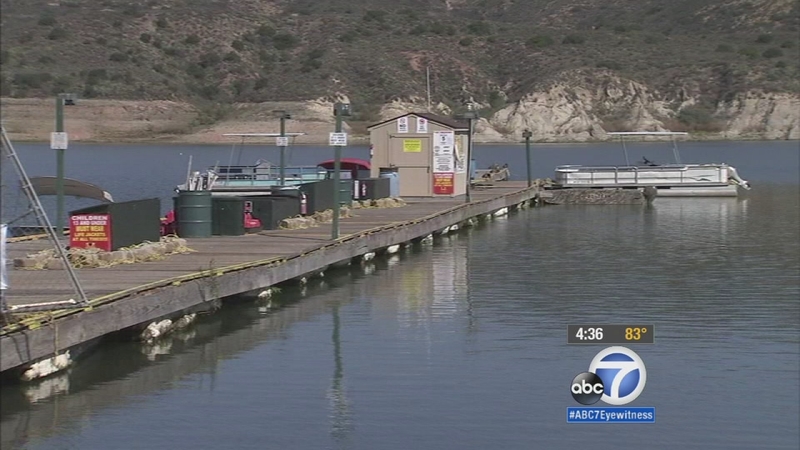 All boats are banned from the lake due to new insurance restrictions following a tragedy in 2012.

"We had an accident on the lake where four gentlemen came onto the lake on a very, very small boat. They came in with no life preservers," Irvine Lake CEO David Noyes said.

Two of the men, Juan Flores and Thomas Rivera, drowned when their boat capsized. A lawsuit followed, between the men's families and the Orange County Water District that controls the lake. It ended with a $1.5 million settlement this year.

"Our insurance would not renew us," Noyes said.

They found new coverage, but it came with a restriction - no more private boats.

Then another tragedy happened.

Last August, a 61-year-old man named Clarence Brumfield died. He and a friend had rented a boat from the lake.

According to the Orange County Fire Authority, Brumfield wasn't wearing the life jacket that was provided, and he didn't know how to swim. The Orange County Coroner found out that he suffered a heart attack and died before he fell into the water.

The insurance company pulled the lakes' rental boats from use, according to Noyes.

They must let workers go, having nearly 30 employees and reducing it down to eight by November.

The trout season opener, which begins Nov. 6, usually draws about 700 fisherman. But this year, Noyes expects to draw only about 200.

Dennis Dodd, who was cleaning five catfish that he caught in the lake, said the results are sad.

"It's a little bit of the great outdoors," the Bellflower resident said. "It's hard to understand why (it could disappear)."

Also making things difficult for the private lake is the severe drought. When it's full, it holds 25,000 acre feet of water, but right now it's at 3,000 acre feet.

Noyes said they're crossing their fingers for El Nio to fill the lake. They're also in the process of finding another insurance company - one that provides less strict restrictions.

The earliest they could change the policy is next July when the current one expires.

In the meantime, they'll stock the lake with nearly 10,000 pounds of trout for next week's opener in the hopes it will still attract some of the families that made it a tradition years ago.