The driver of a white sedan wanted on suspicion of grand theft auto was taken into custody in a cul-de-sac on Sherman Lane in Glendale Wednesday, June 17, 2015.

GLENDALE, Calif. (KABC) -- A suspected car thief was taken into custody in Glendale Wednesday night after leading police on a dangerous high-speed chase.

The pursuit began at about 5:40 p.m. and went through Griffith Park, Atwater Village and Cypress Park before ending in Glendale, according to the Los Angeles Police Department.

For roughly 30 minutes, the suspect behind the wheel of a 2012 white Toyota drove erratically at high speeds and on the wrong side of the road through residential streets. At one point, he drove through park grass off Los Feliz Boulevard.

The suspect, who appeared to be talking on a cellphone during the chase, made an audacious drive over a dirt embankment from the 134 Freeway before ending up in a cul-de-sac on Sherman Lane in Glendale.

He slowly exited the sedan and surrendered to police officers. 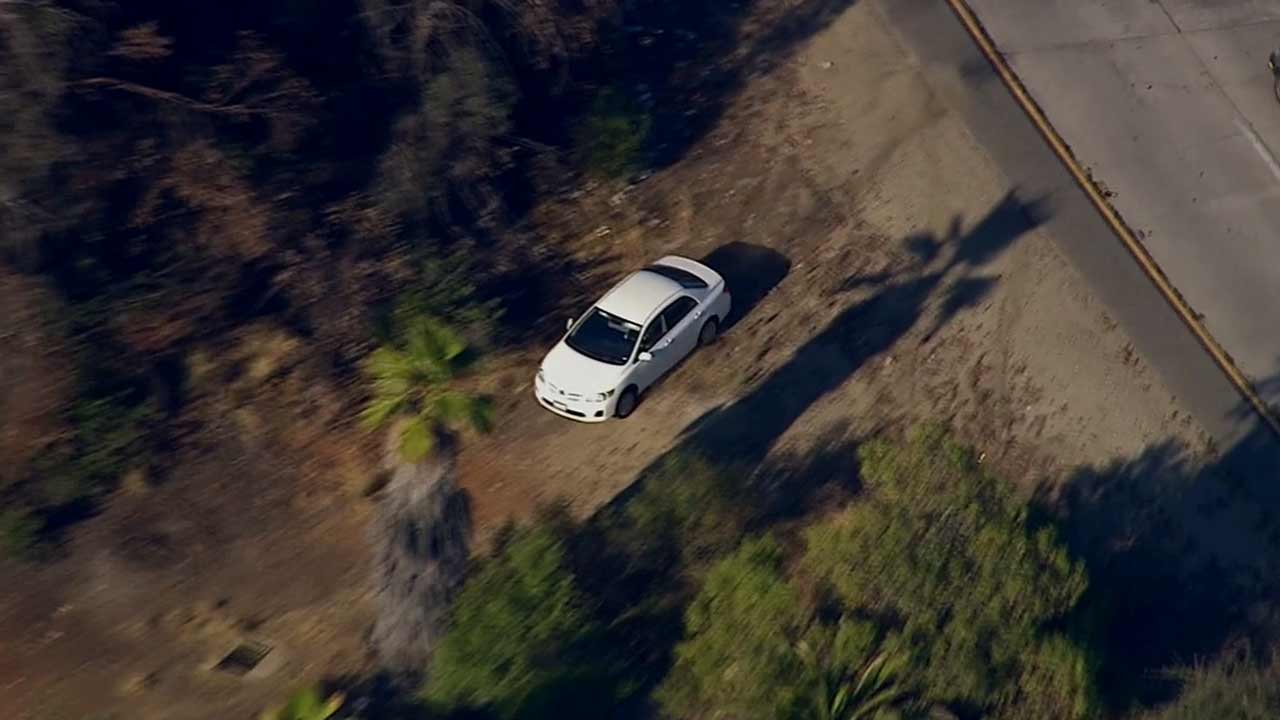 RAW VIDEO: High-speed chase ends in Glendale
RAW VIDEO: The driver of a white sedan wanted on suspicion of grand theft auto drove erratically at high speeds through residential streets before surrendering to Los Angeles police in a cul-de-sac in Glendale.