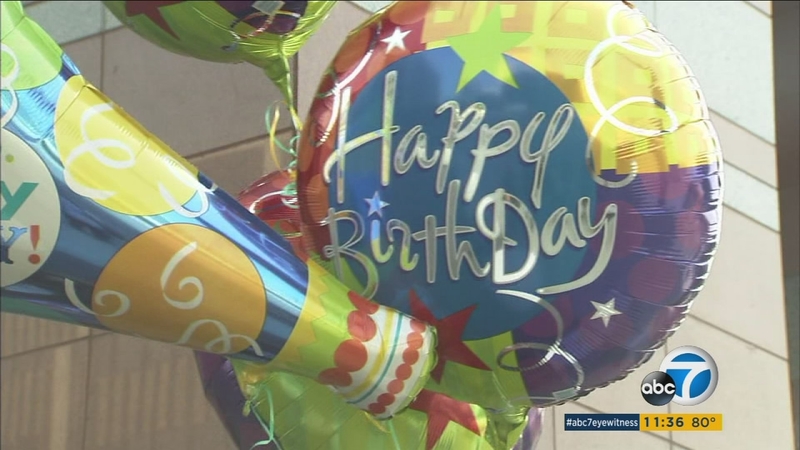 DOWNTOWN LOS ANGELES (KABC) -- Now you can sing "Happy Birthday" in public and not have to pay a licensing fee. A Los Angeles federal judge approved a settlement agreement on Monday, ending the long-running copyright dispute.

Whether you can carry a tune or not, the celebratory ditty, which is billed as the most recognized song in the English language, is now free for all to sing.

"This is a very historic and important moment to show that we actually can fight back and we can win. So, it's exciting," said Rupa Marya, leader of the band Rupa & the April Fishes.

Marya recorded the tune three years ago at a San Francisco nightclub on the eve of her birthday. She said she was shocked when her attorney broke the news that she would have to shell out $455 to include it on her live album.

Music publisher Warner/Chappell Music agreed to end its claim of ownership and refund $14 million to end the long-running dispute over royalty rights to the tune.

"The judge decided a number of things. First and foremost, he declared the song in the public domain, and that is a tremendous victory for artists and the public around the world," said attorney Mark C. Rifkin.

The judge also approved the defendant's agreement to forego ever claiming to own the song again, Rifkin added.

U.S. District Judge George H. King ruled last year that the song, sung at birthday parties for more than 100 years, was not legally owned by Warner/Chappell, paving the way for the settlement.

According to court records, the publisher acquired the company that previously claimed ownership of the number in 1988 for a reported $25 million. Warner/Chappell claimed that the copyright to the lyrics for the song would not expire until 2030.

The music publishers reportedly collected as much as $2 million annually for use of the tune, but that won't be the case any longer.

The money will be distributed among those who paid licensing fees to use the song during the previous five decades.