Homeless man charged with murder for Westlake fire that killed 5 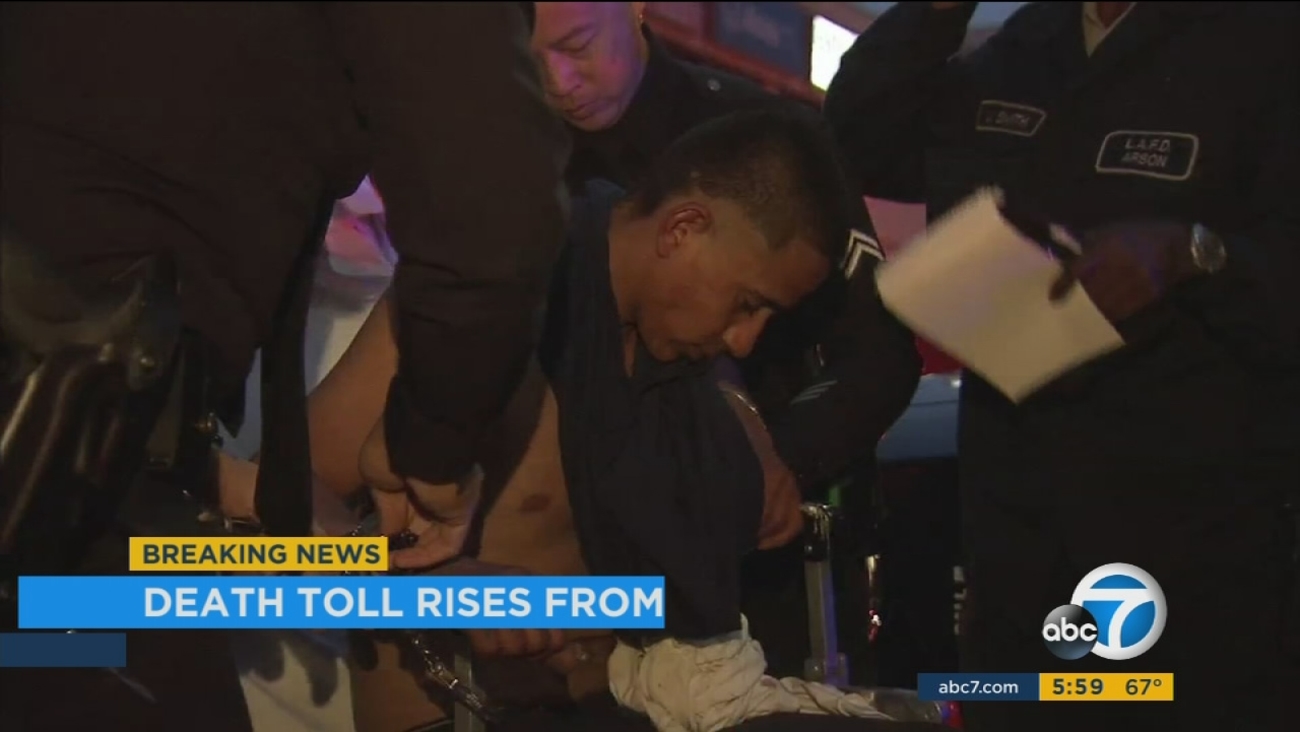 A 21-year-old homeless man was arrested on suspicion of starting a fire that killed five people at a vacant two-story building in the Westlake district Monday night. (KABC)

Prosecutors are asking that Johnny Josue Sanchez be held without bail. They say he set the fire Monday night in a vacant commercial building at 2411 W. Eighth St. after getting into a dispute with other transients at the site.

It took 147 firefighters more than two hours to attack the flames at the vacant 14,351 square-foot building, which did not have working sprinklers, according to the Los Angeles Fire Department.

Firefighters rescued several people from the building, including Sanchez, and transported them to a local hospital.

One person was found dead immediately at the scene and four more were found the next day by detection dogs. All five victims were believed to be transients.