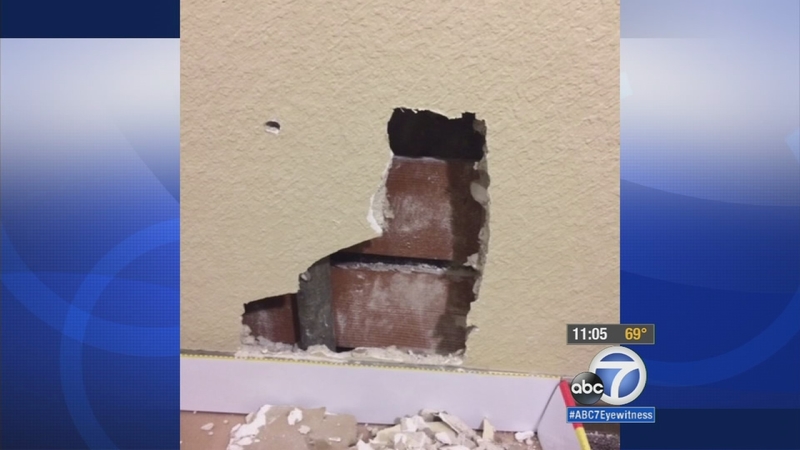 CULVER CITY, Calif. (KABC) -- An officer with the Los Angeles Police Department is under investigation after a bullet was fired into a Culver City apartment in the middle of the night.

Too terrified to be identified, a couple recounted the frightening violence that erupted at 4 a.m. Friday after a bullet was fired into the wall of their apartment as they and their 16-month-old daughter were sound asleep.

Culver City police said the LAPD officer is now under investigation for "negligent discharge of a firearm." That gun was found left in the hallway.

"I open the door, and I'm just creeping out, and I look to the left and don't see anything. I look to the right, and I see a gun on the floor," the unidentified woman said.

They said when police arrived, they realized the weapon belonged to an officer.

"At that point they knew it was an officer's gun, but they hadn't quite figured out where the officer was. They didn't know if he was missing or what was going on," the unidentified man said.

Culver City police didn't identify the officer, who was off duty, or where he was finally located.

The LAPD would only say that both the Force Investigation Division and Internal Affairs are investigating the incident.

The couple said the bullet lodged in the wall. Detectives removed it as evidence.

They said had the bullet have gone through, it could have hit them or their baby girl in the bedroom.

"I definitely don't feel safe here. You would think that having an officer here would be an asset, but who knew he would be the one going on a rampage?" the man said.

The couple said they are grateful no one was hurt in the incident.