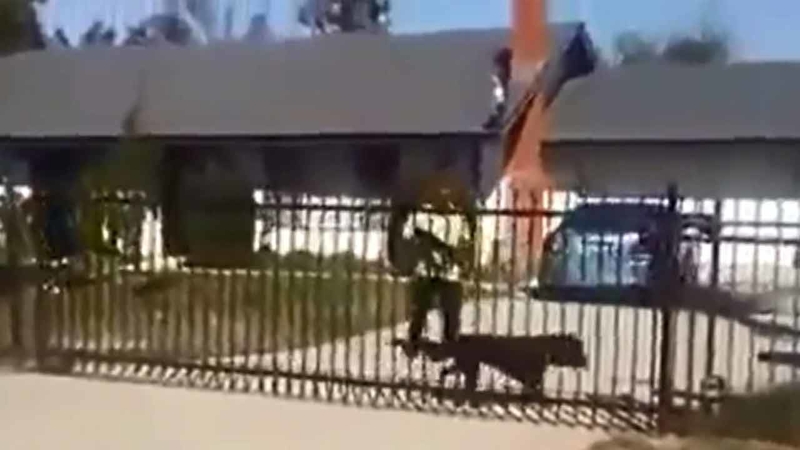 Investigators arrested Christopher Samuel at a home in the 17500 block of Clark Street in Mead Valley for animal cruelty and negligent discharge of a firearm, sheriff's officials stated in a press release.

Samuel is accused of firing at his neighbor's pit bull Friday afternoon after video captured the incident during what appeared to be an argument between Samuel and the dog's owner, Michael Lemmon.

Riverside County sheriff's deputies responded to reports of shots fired in the same location as the arrest around 3:30 p.m.

Upon arrival, deputies located the deceased dog on a residential property. Riverside County Animal Control responded and assisted with the recovery of the pit bull.

The daughter of the dog's owner posted video of the alarming scene to the ABC7 Facebook page after it went viral on social media.

In the video, you can hear Lemmon yelling at Samuel, who is armed with the rifle and has the dog in his front yard.

Investigators said based on the video, the canine was not a threat at the time of the shooting, but family members said there is more to the story than the disturbing video shows. They said Samuel and Lemmon have had an ongoing dispute over threatening to have the pit bull attack Samuel.