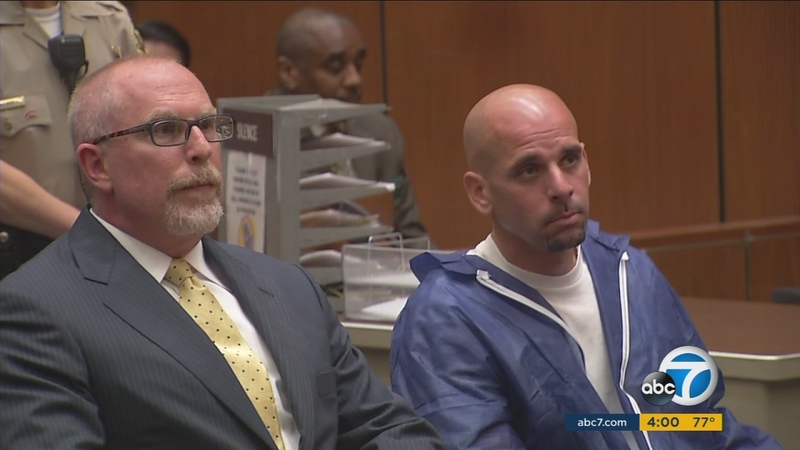 LOS ANGELES (KABC) -- A judge has ordered the release of a man who was convicted in 2009 for the murder of an 18-year-old woman in a Palmdale park-and-ride lot.

Raymond Lee Jennings was released from custody shortly before 3 p.m. but will wear an electronic monitoring device.

In 2009, Jennings was convicted of second-degree murder in the shooting death of Antelope Valley College student Michelle O'Keefe. Jennings had worked as a security guard at the parking lot where the shooting happened on Feb. 22, 2000.

The prosecutor said Jennings murdered O'Keefe after she returned to her blue Ford Mustang, which she had left at the lot so she could carpool with a friend to a Kid Rock video shoot in Los Angeles, where they worked as paid extras.

Jennings, who had served in the Iraq war during a stint with the National Guard, was sentenced to 40 years to life behind bars. But on Wednesday, Los Angeles County District Attorney Jackie Lacey said in a statement new evidence raised doubts about Jennings' guilt.

"Ray Jennings is not a murderer. He was a witness to an awful, senseless, brutal crime, and he was arrested five years later, convicted several years after that on the flimsiest of cases," Ehrlich said.

Detectives will continue their investigation while Jennings is out of prison. Jennings has maintained his innocence.

"The fact is, Mr. Jennings is still guilty until proven otherwise, and that's the bottom line," said the victim's father, Michael O'Keefe.

Michael O'Keefe said he respects the D.A.'s process, and if someone else is charged with his daughter's murder, he's prepared to sit through another trial.
Related topics:
palmdalelos angeles countymurderlegal
Copyright © 2021 KABC-TV. All Rights Reserved.
More Videos
From CNN Newsource affiliates
TOP STORIES