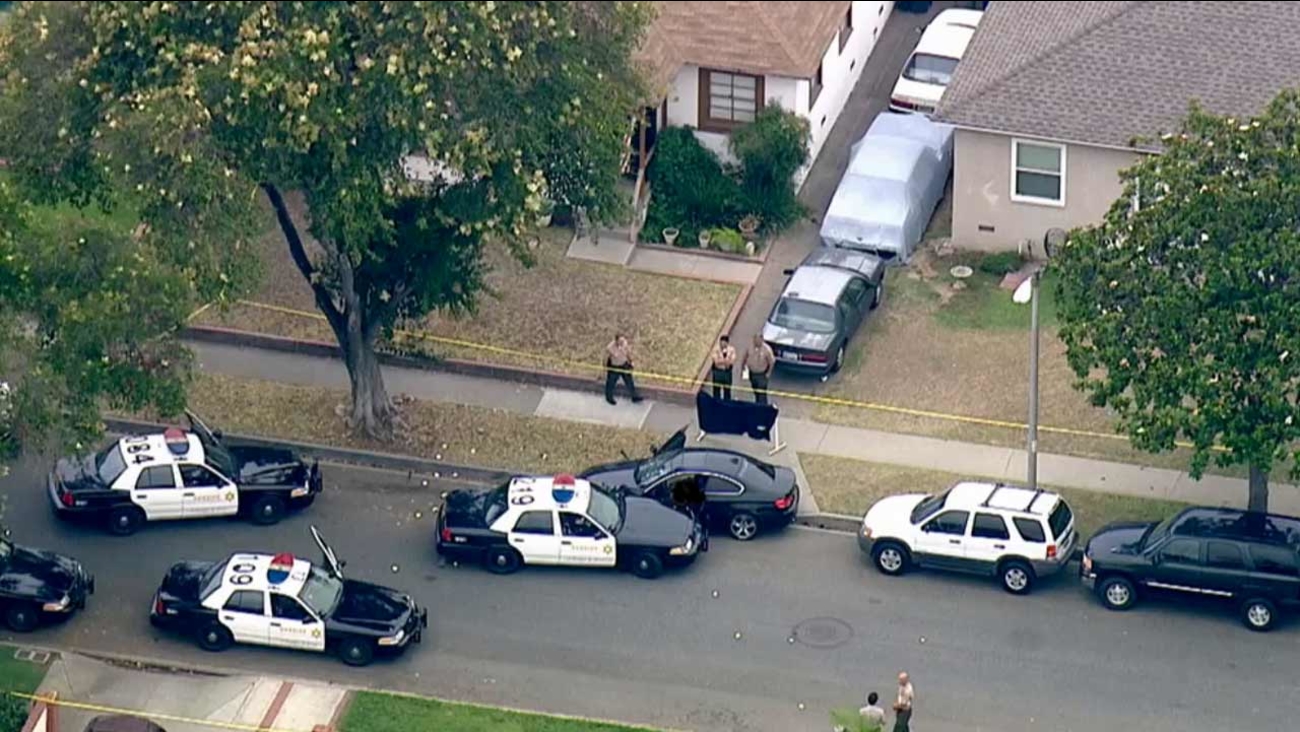 LAKEWOOD, Calif. (KABC) -- A man was shot and killed by sheriff's deputies in Lakewood Monday morning.

Sheriff's deputies responded to a call of a person acting erratically in the 5500 block of Adenmoor Avenue at about 10:40 a.m.

Upon seeing the first arriving deputy, the suspect, who was seated in a vehicle parked along the curb, suddenly accelerated the vehicle, colliding with the front end of the deputy's patrol car.

The suspect was pronounced dead at the scene. His identity was not immediately released.

The sheriff's deputy was transported to a local hospital with contusions, bruising, lacerations to both legs, and cuts to his left arm.