The jury rejected charges of first-degree murder - possibly landing him in prison for life - or second-degree manslaughter.

Instead he now faces a possible maximum of 11 years in state prison when he returns to court in September for sentencing.

One juror told Eyewitness News it didn't appear Creech left his house that day intending to kill Smith, because he didn't bring a weapon.

"I don't believe this man set out to kill this man," the juror said in an interview.

The jury deliberated for about four hours on Friday. Then on Monday - after one missing juror was replaced by an alternate - a verdict was reached within an hour.

The Smith family and the District Attorney's Office were disappointed with the verdict, and Smith's wife Lisa collapsed in tears after it was read.

Smith had been reported as a missing person in early 2012. More than two years after his disappearance, his remains were found in a shallow grave in the Angeles National Forest.

In May 2012, a violent fight broke out between the two men after Creech discovered his estranged wife, Chandrika Cade, and Smith having a romantic rendezvous inside Smith's Mercedes-Benz sedan. The county coroner testified that Smith's skull had been crushed on both sides.

MORE: Jurors get tour of bloody car in trial over murder of Fox executive

Creech had argued on the stand that he acted in self-defense, and that Smith had came at him with a shiny object. He said he later threw away that object. He also claimed Smith had choked him and tried to gouge his eyes out.

He also told the jury that as an ex-con - who is currently serving time for dealing drugs - he panicked. Instead of calling 911 afterward, he hid Smith's car and buried his body in the forest.

But prosecutor Bobby Grace said Creech lied about many details of the night, including searching for his drunk wife and that Smith was intruding on Creech's marriage.

Witnesses testified the defendant and Cade had called it quits before Smith's death. They also claimed Creech, a bodybuilder, retreated into the arms of a high school student he was romantically involved with after allegedly killing Smith.
Report a correction or typo
Related topics:
los angeleslos angeles countytrialcourtcourt casefoxman killed
Copyright © 2020 KABC-TV. All Rights Reserved.
RELATED 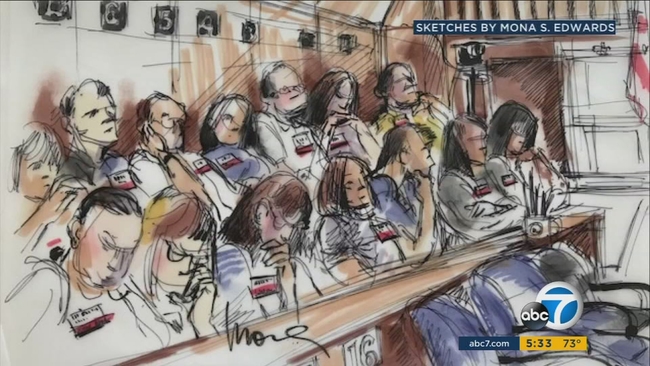 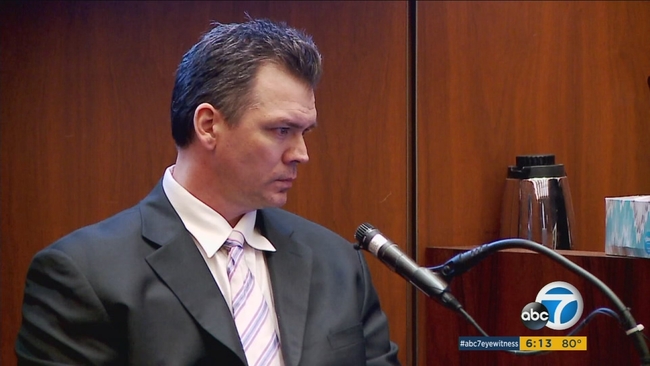