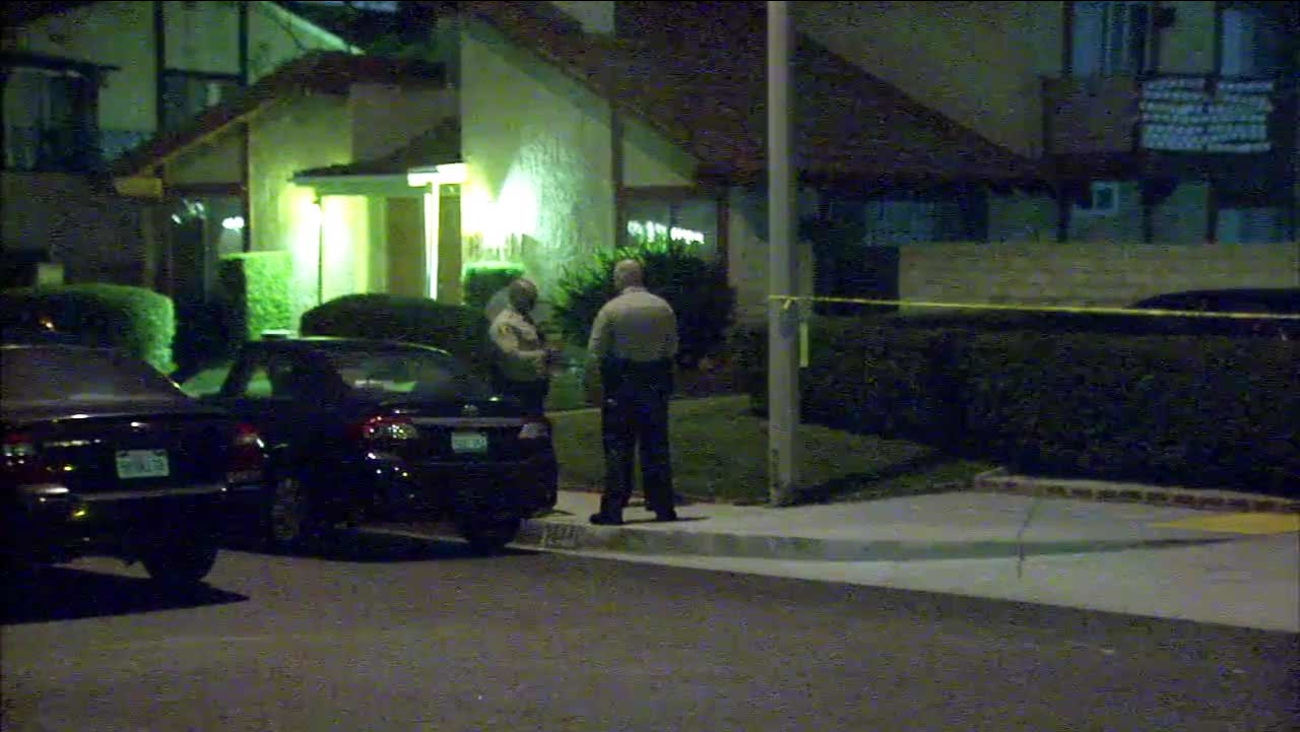 Law enforcement officials conduct an investigation near the scene of a fatal shooting in Rowland Heights on Thursday, May 19, 2016. (KABC)

ROWLAND HEIGHTS, Calif. (KABC) -- A search is underway for two suspects after a man was shot to death in Rowland Heights.

According to witnesses, the victim and two friends were inside a garage on the 18400 block of Desidia Street when two other men in their early 20s confronted them Thursday night.

Around 11:40 p.m., deputies responded to the area following a report of a gunshot victim. They found the victim in a nearby alley.

Sheriff's detectives said one suspect pulled out a handgun and fired at all three people, hitting the victim at least once in the upper torso.

The other two victims were not injured. The two suspects fled the scene.

It is not yet known if the shooting is gang related.