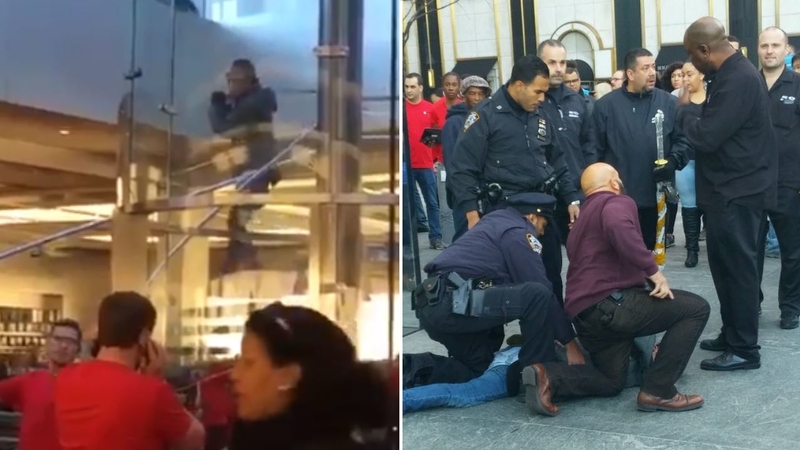 Man with sword in Apple Store

MIDTOWN, Manhattan -- A man was taken into custody after allegedly waving a samurai sword around inside the flagship Apple Store in New York City.

It happened at about 4 p.m. on Friday at the 59th Street and 5th Avenue Apple Store location in Manhattan.

Police said that the 30-year-old man entered the store and was yelling and menacing with the sword.

Exclusive video shows a man with a sword inside the Apple Store in Midtown, Manhattan.

It was a scary few moments for people inside and outside of the store.

Keith Davis captured this photo just as the man was subdued:

The suspect is being taken to a local hospital. His name has not yet been released and no one was injured.