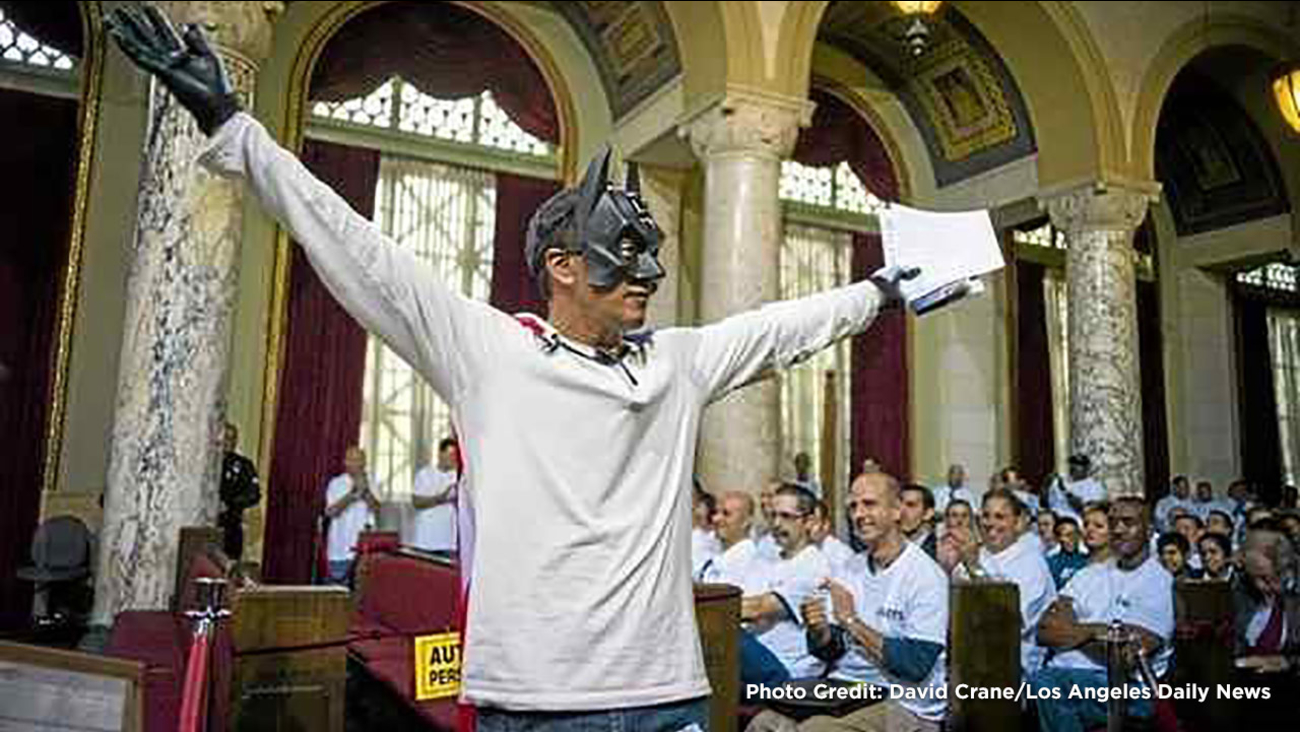 DOWNTOWN LOS ANGELES (KABC) -- A man who called himself Batman and danced around with a Ku Klux Klan doll was arrested after council members said he brought a box cutter into a Los Angeles City Council meeting on Tuesday.

Armando Herman was known for showing up to city hall dressed in costumes, such as wearing a Batman mask.

But council members said he was removed from a committee meeting after he refused to stop dancing in the aisle while holding a KKK doll.

Councilman Mitch Englander said signs and props that serve as distractions are not permitted at meetings, which was why Herman was asked to leave.

As officers were escorting Herman out of the meeting, council members said a box cutter was found in his pants.

An investigation was underway to determine how Herman got the box cutter past the city hall metal detectors, officials said.

No charges have been filed against Spindler and Wesson later obtained a restraining order that requires Spindler to stay a certain distance away from him, but still allows Spindler to attend and speak at public meetings.