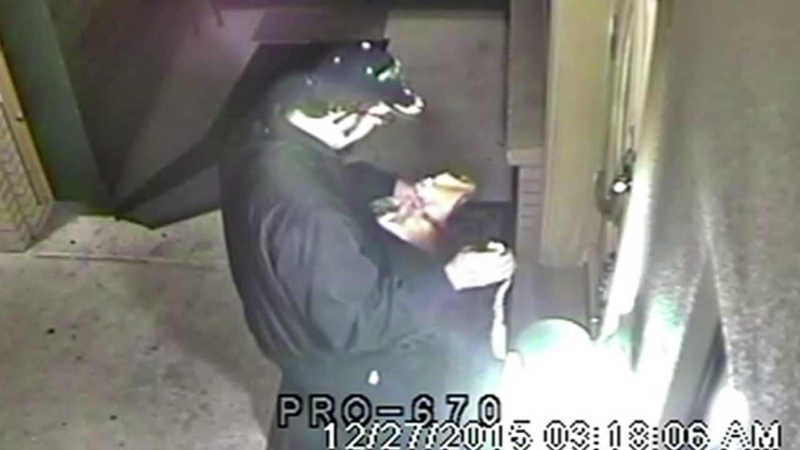 LAS VEGAS (KABC) -- Surveillance video shows a man meticulously putting raw bacon over the door handles of a mosque in Las Vegas, and now a Muslim civil rights group is demanding the incident be investigated as a hate crime by federal authorities.

In the video, the man is seen carefully wrapping the raw bacon over the door handles of Masjid-e-Tawheed in the 6100 block of W. Viking Road. At one point, he puts a strip of bacon in his mouth as he opens the package.

A Muslim worshipper discovered the bacon on Sunday morning and removed it with a napkin. All pork products are considered unclean in the Islamic tradition, and Muslims are forbidden from eating or touching it.

Las Vegas police are searching for the man and are calling the incident a possible hate crime. The Council on American-Islamic Relations (CAIR) called for "a state and federal hate crime investigation of the desecration" of the Nevada mosque.

"This type of attempted desecration must be investigated as an act of intimidation and hate, and the perpetrators must be brought to justice," said CAIR National Communications Director Ibrahim Hooper.

Anyone with information on this incident was asked to contact Las Vegas police.