More immigration buses to arrive in Murrieta on July 4

There's no official word whether another convoy carrying families fleeing Central America will arrive in Murrieta, but demonstrators are expected to be out in force at a Border Patrol station on Friday. The small city is now taking center stage in this national immigration debate.

Many of them are furious at the plan to process undocumented immigrants in Murrieta.

There are people on both sides of this issue, an immigration crisis with thousands and thousands of children now in the U.S., many without their parents.

Like it or not, the events of the past few days have altered the perception of this city.

"People probably believe that this is a xenophobic racist group of folks down here," said Murrieta City Councilman Rick Gibbs.

Gibbs says he has mixed feelings about the demonstration a couple days ago.

"I understand that they disagree with the federal policies, but still, by blocking this street, you're violating local and state laws; by blocking the Border Patrol facility, you're interfering with a federal officer in the execution of his duties," said Gibbs.

Meantime, there continues to be pushback against the federal government.

Republican Congresswoman Melissa Melendez said: "Rather than addressing the issue head on, the federal government has decided to push this burden directly onto the backs of my constituents."

Democratic Congressman Scott Peters said: "It's kind of a tragic thing that these kids find themselves in this position. They should be reunited with their families in their home countries, and we should do that in as humane a way as we possibly can." 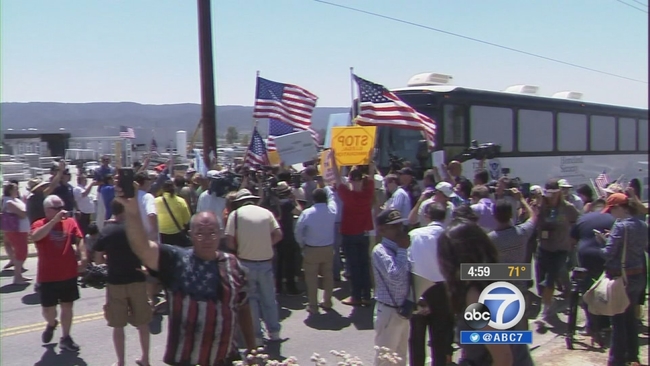 Crowds force buses of immigrants away from Murrieta 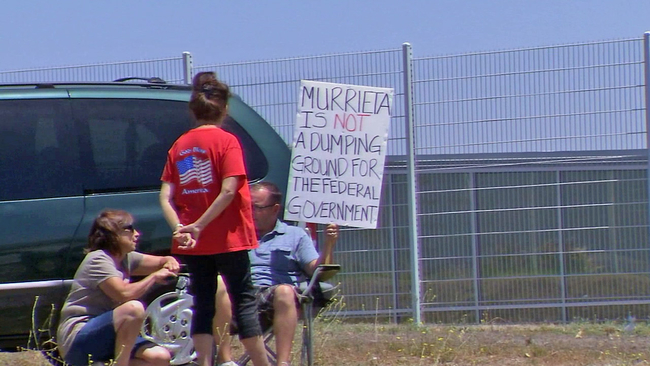 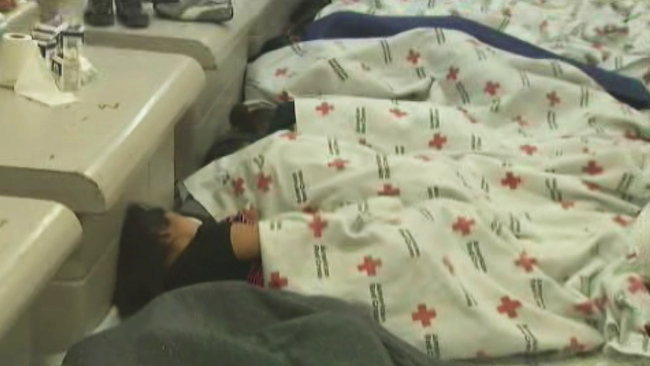