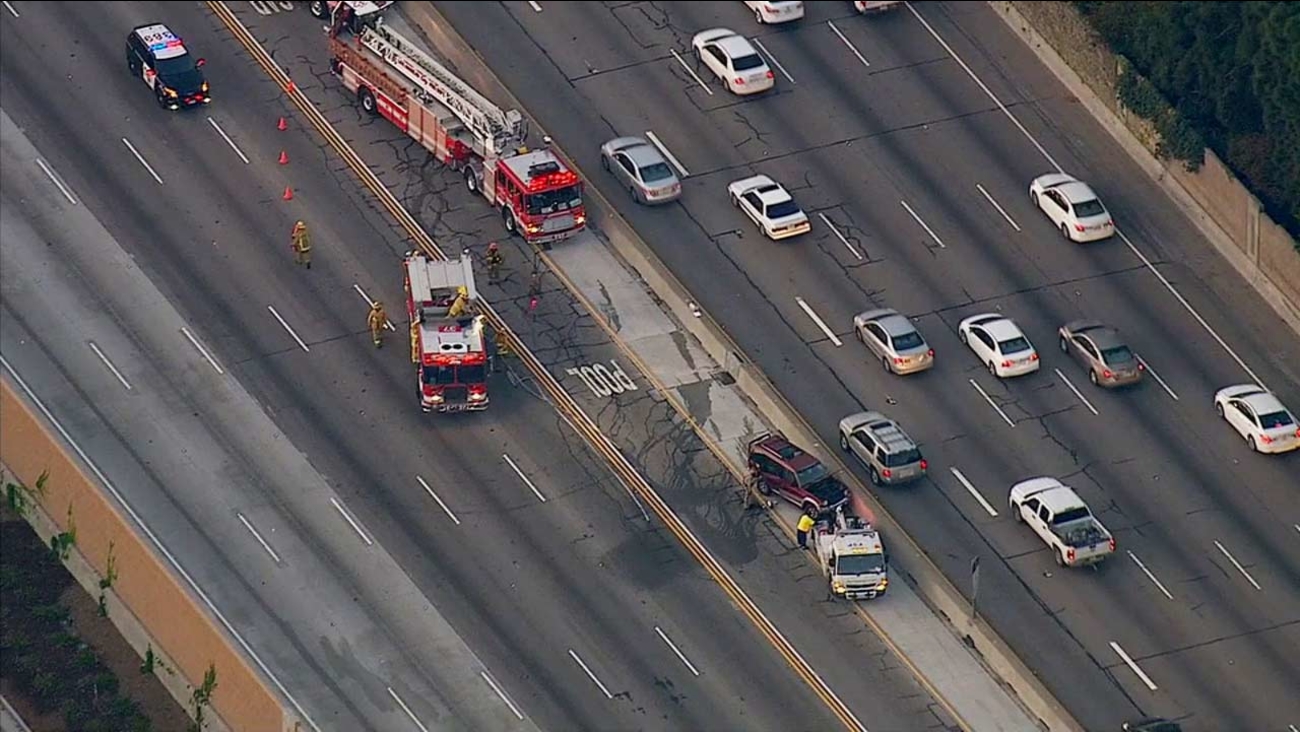 Emergency crews on scene of car crash on the northbound 405 Freeway in West Los Angeles on Monday, May 4, 2015. (KABC)

The carpool lane and three lanes were reopened around 6:20 a.m. and the rest were reopened by around 7 a.m. All northbound lanes were shut for about an hour after two cars slammed into each other just south of Sunset Boulevard around 5:30 a.m.

One of the vehicles rammed into the center median.