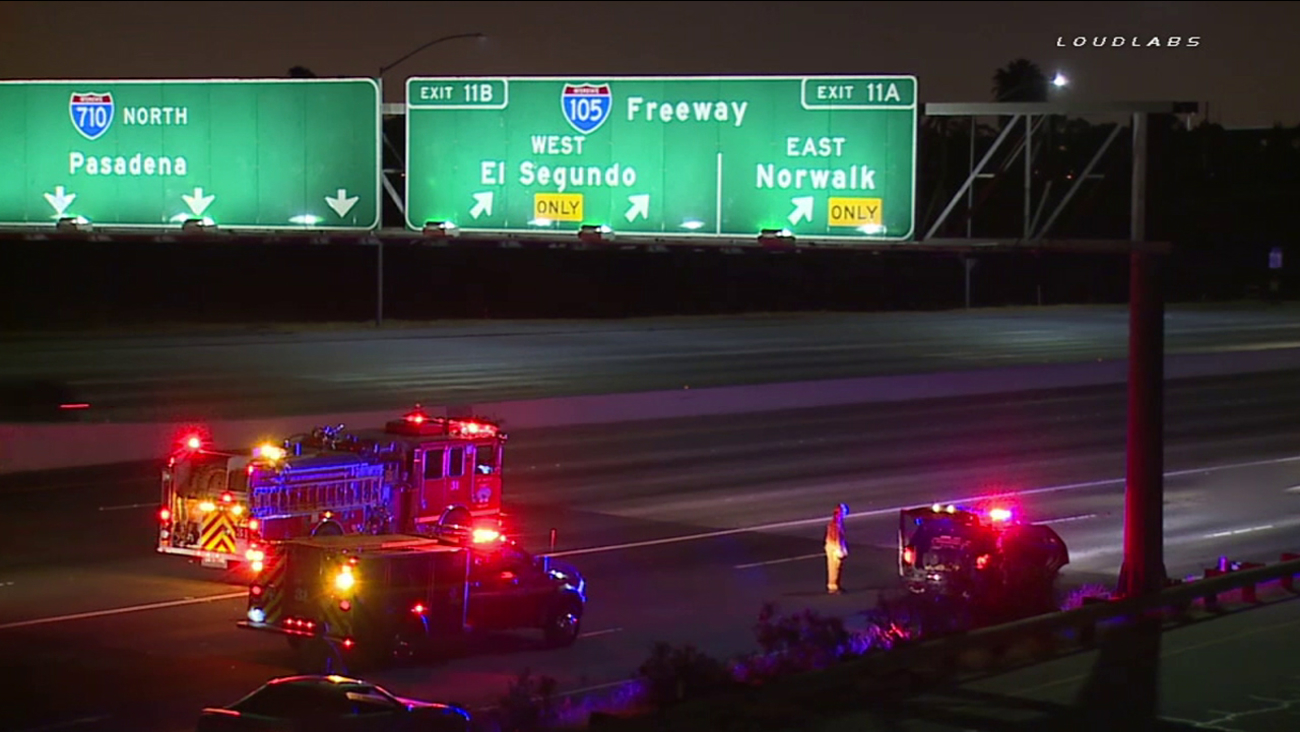 The crash was reported near the Rosecrans Avenue off-ramp around 12:40 a.m. It's unclear if the victim was a passenger in one of the vehicles or a pedestrian.

No other injuries were reported. The drive was slow from Alondra Boulevard, the CHP said.