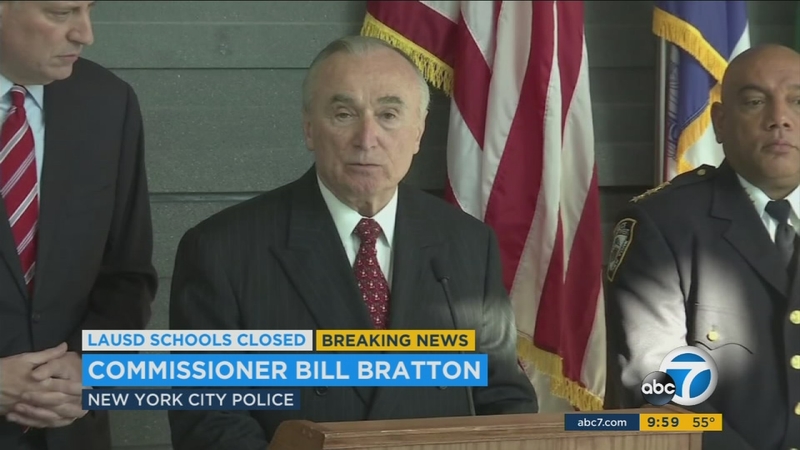 LAUSD schools were closed on Tuesday after a threat was made against multiple schools in the district, officials said. The FBI is aiding in the investigation led by LAUSD police.

New York City Mayor Bill de Blasio and Police Commissioner Bill Bratton said the language used in the email threat suggested that the threat was a hoax, according to the NYPD intelligence division.

"We are very comfortable that this is not a credible threat...concerned with people overreacting to it," says @CommissBratton

The mayor said the wording of the email threat was so generic and outlandish that it was immediately deemed not credible.

ABC News obtained a copy of the email that was sent to New York City school officials. The message says in part, "I am a devout Muslim, and was once against violence, but I have teamed up with a local jihadist cell as it is the only way I'll be able to accomplish my massacre the correct way."

"Something big is going down. Something very big. It will make national headlines. Perhaps, even international ones," the message reads. The writer claims he was bullied and rejected at "one of the district high schools," but does not say which.

"Every school in the New York City district is being targeted. We have bombs hidden in lockers already at several schools," the email says. In addition to explosives, the email says "nerve gas" would also be a part of the attack.

Bratton said there is a concern that overreacting to such threats may cause copycats.

"Whether it is a prankster or a terrorist, they want to instill fear. They want to disrupt the normal routine," Bratton said. "To disrupt the daily schedules of a half million school children, their parents, day care, buses, based on an anonymous email ... I think it was a significant overreaction."

Bratton, who once ran the LAPD, quipped that it looked like the sender watched a lot of the Showtime show "Homeland."

"We cannot allow ourselves to raise levels of fear," Bratton said.

He said the person who wrote the note claimed to be a jihadist, but made errors that made it clear the person was a prankster, including spelling the word "Allah" with a lowercase "a." 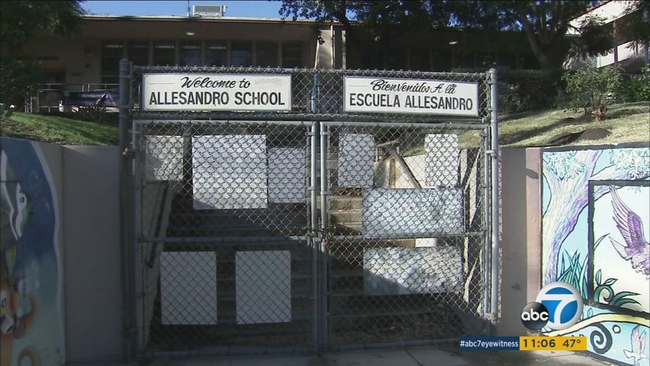