KABC
By David Ono
WASHINGTON (KABC) -- President Barack Obama weighed in on the Oscar nominations controversy for the first time in an exclusive one-on-one interview with ABC7's David Ono.

The President invited Ono to meet in the Diplomatic Reception Room at the White House on Wednesday. It's the same room the two convened in four years ago to discuss the debt ceiling, gay marriage and the economy.

Wednesday's conversation turned to diversity in the film industry after the second straight year of all-white acting nominations for the Oscars by the Academy.

The Commander in Chief has often spoken about pushing the country towards a better understanding of its differences with a theme of tolerance and inclusion.

It's the same theme Hollywood is grappling with in regards to the Oscars.

Ono also met with Obama's senior advisor, Valerie Jarett, who helped to give perspective on the President's viewpoint.

"The President from day one has really fought to insure that everybody has an equal opportunity to compete and achieve their dreams," she said. "So thinking about how we approach diversity and inclusion in our country is something everyone should do."

While the lack of inclusion at the Oscars is the Academy's issue to figure out, Obama said ultimately the Oscars are just a microcosm of what America is dealing with.

"As a whole, the industry should do what every other industry should do, which is to look for talent, and provide opportunity to everybody," Obama stated. "I think the Oscar debate is really just an expression of this broader issue of are we making sure that everybody is getting a fair shot?"
Related topics:
washington d.c.president barack obamaoscarshollywoodmovie newsthe white house
Copyright © 2020 KABC-TV. All Rights Reserved.
OSCARS 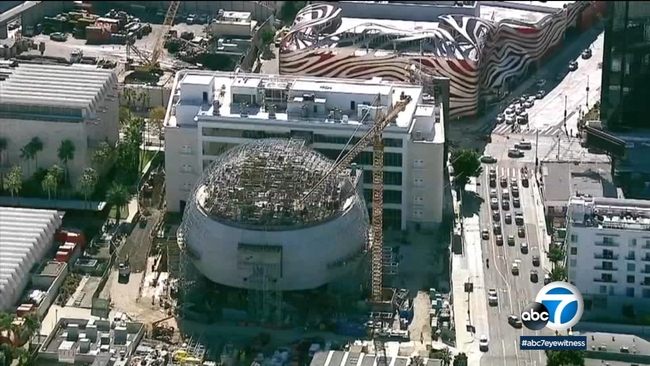