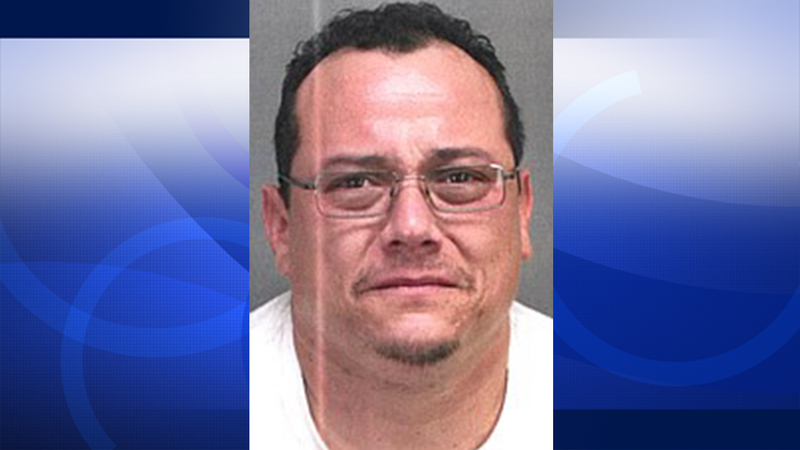 Hemet resident John Demery, 40, allegedly got into an argument with Adam Thomas, 27, of Moreno Valley, before shooting him multiple times on Saturday. Riverside sheriff's deputies responded to the incident at about 12:50 a.m. in the 41100 block of Toledo Drive.

"Adam heard his friend outside. He came outside to see what the commotion was. The guy pulled a gun. Shot at him three times. Adam and his friend tried running away. He (Demery) said 'Who's going to fight now?' Pop, pop, pop, shot him (Thomas) again," said Stephanie Bell, Thomas' former girlfriend.

Upon arrival, deputies found Thomas suffering from multiple gunshot wounds. Thomas, the father of two children, was taken to a hospital, where he later died.

"You shouldn't have to tell your 5-year-old and your 7-year-old they'll never see their daddy again. That was definitely the hardest conversation I've ever had," Bell said amid tears.

Adam Thomas poses for a photo with his two children in this undated file photo.

Demery was later arrested for homicide and booked at the Southwest Detention Center.

As a Border Patrol agent, Demery was assigned to the San Diego Sector Newton-Azrak Station in Murrieta and has been placed on administrative leave pending the investigation.

A vigil for Thomas was held Saturday night at the location of the shooting.

Anyone with information about the shooting is asked to call Investigator Moody of the Central Homicide Unit at (760) 393-3525 or Investigator Porrazzo from the Hemet Station at (951) 791-3425.