KABC
By Miriam Hernandez and ABC7.com staff
PALMDALE, Calif. (KABC) -- A Palmdale man on Friday was found guilty of first-degree murder and torture in the death of his girlfriend's 2-year-old son.

Brandon Williams, 27, refused to exit his jail cell before the verdict was announced. He had admitted to hitting Anthony Wilson in the head five times before the boy was hospitalized in August 2014. The victim remained in a vegetative state for more than a month before he died.

The child's mother, 23-year-old Rosie Wilson, was tried on the same charges as her boyfriend. Closing arguments in her trial were given Friday.

Rosie Wilson's defense was that she was a special education high school dropout, she didn't witness any blows, and that she was afraid that DCFS would take custody of Anthony, as they had with her other child.

The prosecution pointed to wrenching evidence, showing bruises on the toddler's genitalia. Attorneys said Wilson tried to cover them up with makeup and baby powder.

"This is somebody who knows exactly what they're doing, and you guys know it," Hatami said.

A jury, separate from the one that found Williams guilty, began deliberating on Rosie Wilson's fate Friday, and the discussions were expected to resume on Tuesday.

In an Antelope Valley courtroom Thursday, Williams buried his face in his hands as Hatami presented the case against him.

"Was defendant Williams crying when he tortured, punched Anthony into a vegetative state?" the prosecutor said.

The defense argued that Williams had not intended to kill the toddler. Prosecutors said the defendant had been unhappy in his relationship with Wilson and jealous of her child.

Williams faces a possible sentence of up to life in prison, as does the elder Wilson if she is convicted.
Related topics:
palmdalelos angeles countychild abusetrialchild killedparents charged
Copyright © 2020 KABC-TV. All Rights Reserved.
RELATED 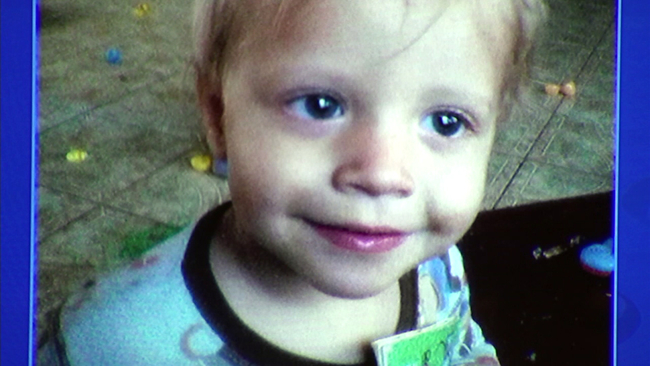