Power knocked out to thousands in Hollywood after crash 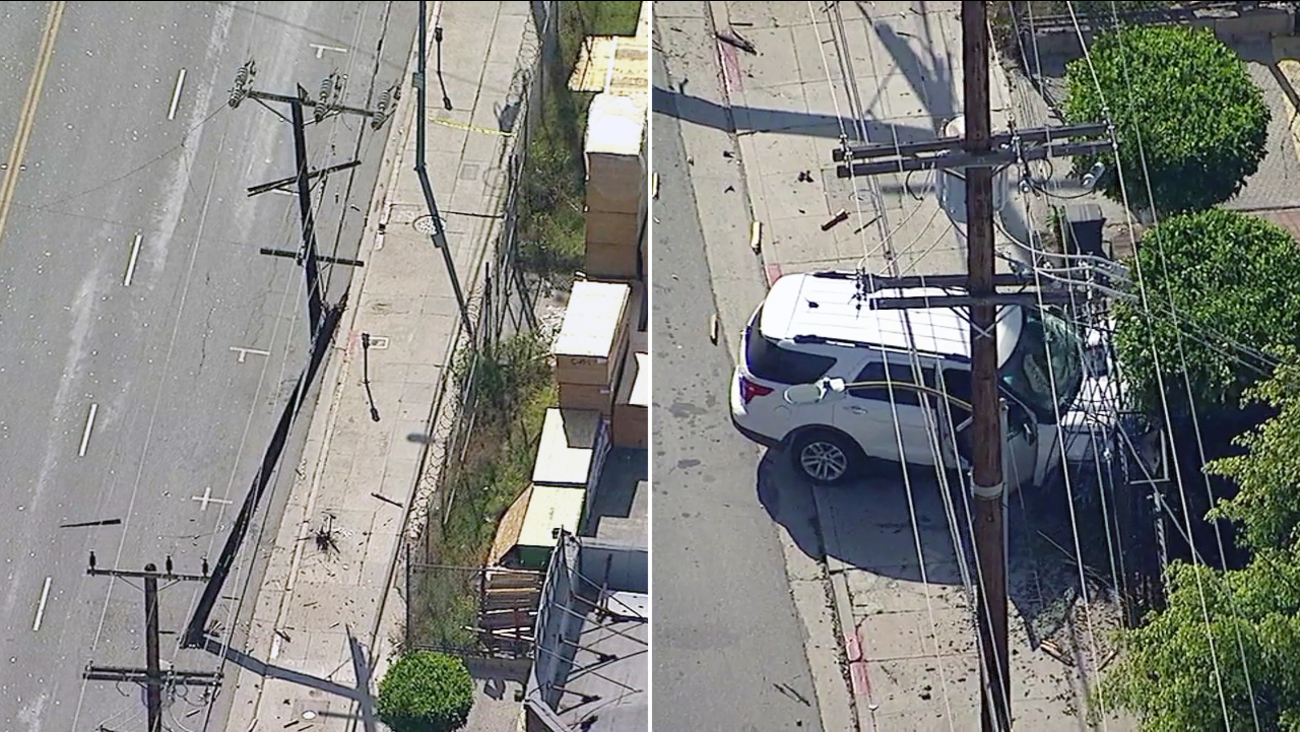 Power was knocked out to thousands in Hollywood after an SUV crashed into a power pole on Wednesday, April 12, 2017.

HOLLYWOOD, LOS ANGELES (KABC) -- Thousands were reportedly without power in Hollywood after an SUV crashed into a power pole Wednesday evening.

Officials with the Los Angeles Department of Water and Power said the crash happened at Seward Street and Santa Monica Boulevard at about 3:35 p.m.

The Los Angeles Police Department was investigating the crash, and LADWP said detectives must finish collecting evidence before crews could begin restoring power.


As of 6 p.m., LADWP said 3,000 customers were impacted, including residential and commercial customers.

Actress Mindy Kaling tweeted that power was out to Paramount Studios.

With the great cinematographer Rodrigo Prieto! There was just a huge power outage all over Paramount... due to our spark? pic.twitter.com/UiS3crMB2F

LADWP said it did not have an estimated time that the power would be restored.
Related topics:
hollywoodlos angeleslos angeles countypower outagecrash
Copyright © 2021 KABC-TV. All Rights Reserved.
More Videos
From CNN Newsource affiliates
TOP STORIES