Rachel Dolezal breaks her silence, says she identifies as black

KABC
Rachel Dolezal, the woman who resigned as head of a local NAACP branch after her parents said she was white, said that she started identifying as black around the age of 5.

"I identify as black," Dolezal said on an interview with The Today Show when asked whether she is an African American woman.

Dolezal explained that she has identified this way since early childhood and that she believes that race is a complex issue.

"I was drawing self-portraits with the brown crayon instead of the peach crayon," she said.

The former Spokane NAACP president has been in the national spotlight since her parents told the media that they, along with their daughter, were white.

Last week the city of Spokane announced an investigation over whether she falsely identified as black on a government application for the Police Ombudsman Commission. Dolezal, 37, graduated from historically black Howard University and was married to a black man. For years, she publicly described herself as black and complained of being the victim of racial hatred in the heavily white region.

ABC affiliate KXLY approached Dolezal about the controversy in an interview last week, but Dolezal walked away mid-interview.

Dolezal resigned from her position as the president of the Spokane, Wash. chapter of the NAACP Monday, stating that it was for the sake of moving the cause forward.

In Tuesday's interview, Dolezal was shown a photo of herself with a much lighter complexion in her youth and asked about any intentional changes she has made to her physical appearance.

"I certainly don't stay out of the sun," Dolezal said, adding added that "I also don't ... put on black face as a performance."

"I have a huge issue with blackface. This is not some freak, Birth of a Nation, mockery blackface performance," she said. "This is on a very real, connected level how I've actually had to go there with the experience. Not just the visible representation, but with the experience."

Asked when she started "deceiving people," she replied, "I do take exception to that."

Despite the controversy, Dolezal said she would not change her actions if she could, though her approach to some interviews could have been better.

She said published depictions described her first as "transracial," then "biracial," then as "a black woman."

"I never corrected that," she conceded, adding that "it's more complex than being true or false in that particular instance." 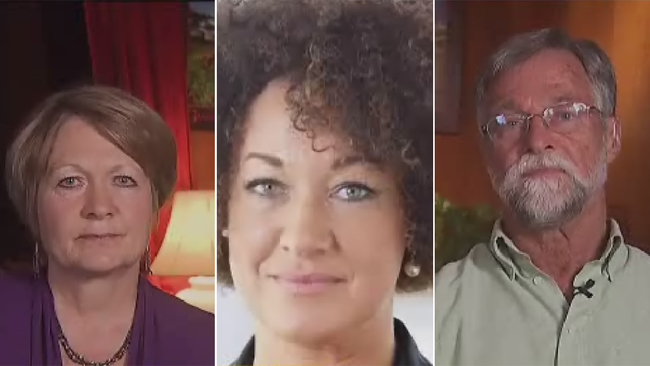