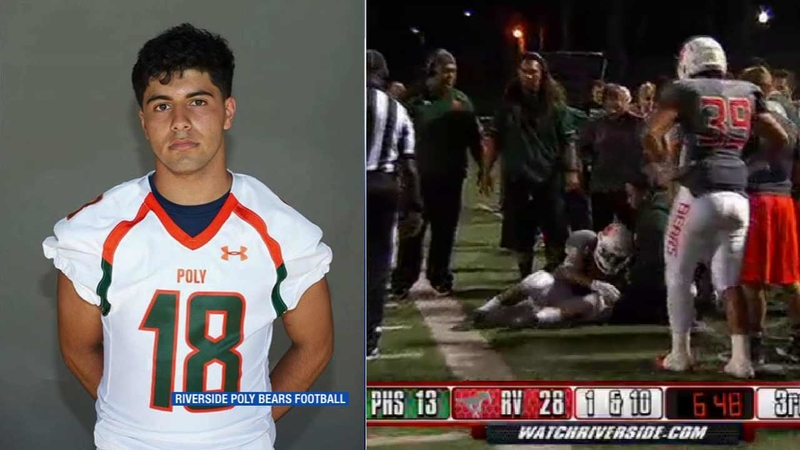 RIVERSIDE, Calif. (KABC) -- A Riverside Polytechnic High School varsity football player is in a medically induced coma after suffering a blow to the head.

Senior Josh Nava, No. 18, is being treated in the intensive care unit at Riverside Community Hospital after he was critically injured during a home game Friday night.

Video shot during the third quarter shows Nava being hit while going in for a tackle. He then gets up, stumbles off the field and collapses on the sideline.

The 17-year-old was transported to the hospital with internal bleeding, and underwent emergency surgery to reduce swelling and pressure to his brain.

Nava is now breathing on his own, according to a post on the football team's Facebook page.

Nava's injury is highlighting an ongoing issue in youth football. On Sunday, the American Academy of Pediatrics issued new guidelines to help improve safety on the gridiron, which includes zero tolerance for illegal head-first hits known as spearing.

"We need to make sure kids are being taught proper tackling technique," said Dr. Greg Landry with the American Academy of Pediatrics.

The Riverside Unified School District said players practice safe tackling techniques and that Nava was wearing the latest in helmet safety at the time of his injury.

"We fit all of those helmets with what's called an inside sensor, and that sensor is in there to kind of monitor the severity of certain impacts and also the frequency of certain impacts as well. We get an alert on the sideline -- it's all electronic -- that says, 'Hey, this student needs to be looked at,'" spokesman Justin Grayson said.

Grayson said Nava's helmet sensor did not go off during the tackle but the investigation is ongoing.

The varsity team is scheduled to play against Canyon Springs High School on Friday night, a game they say they will be dedicating to Nava. 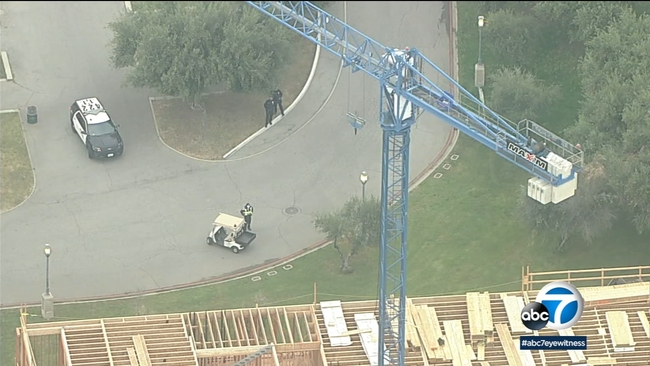