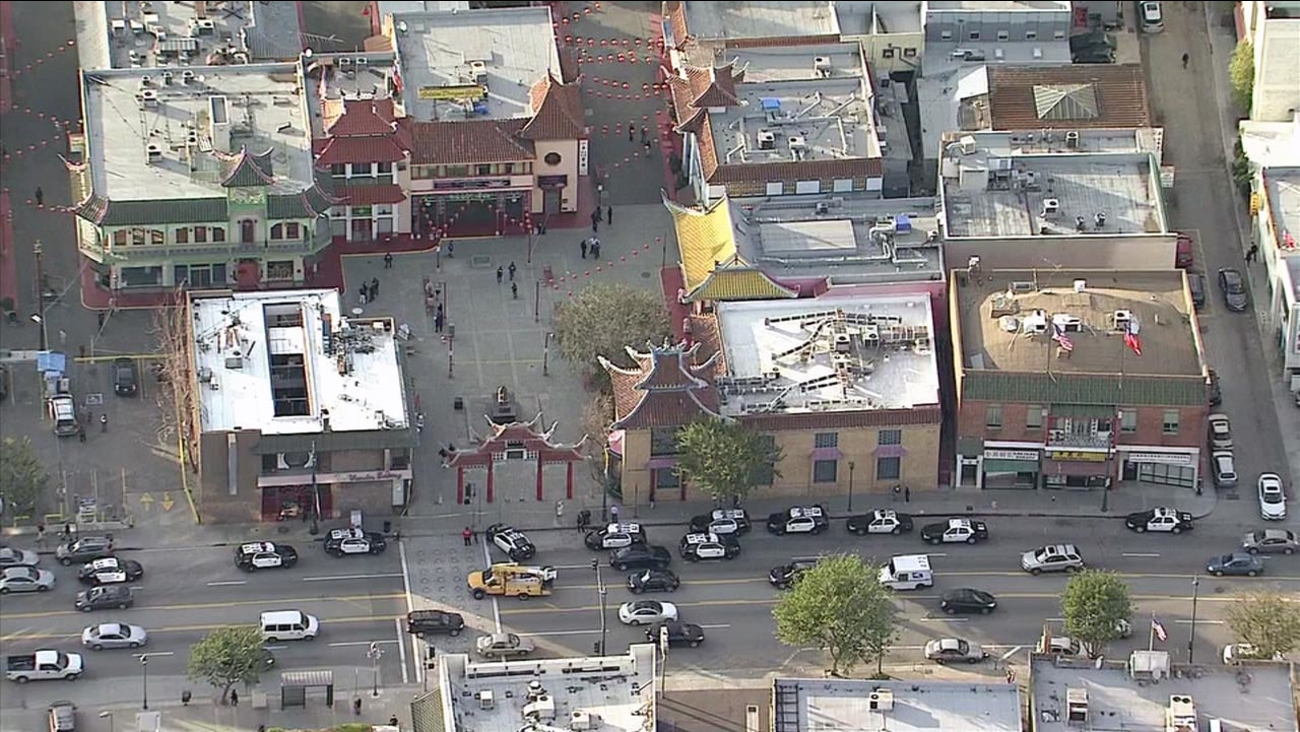 Los Angeles police investigated a homicide in the 900 block of North Broadway in Chinatown on Thursday, Jan. 26, 2017.

CHINATOWN, LOS ANGELES (KABC) -- A suspect wanted in the stabbing deaths of two men in Chinatown has been taken into custody on Friday, Eyewitness News has learned.

Los Angeles police said 37-year-old Vinh Quok Dao was arrested in connection with the attack that happened in the 900 block of North Broadway at about 2:45 p.m. on Thursday.

When officers arrived at the scene they found two men in their 60s on the ground suffering from stab wounds inside the Hop Sing Tong Benevolent Association.

Eyewitness News learned the victims were Tony Young and Ying Ming. Both men were retired and in their 60s. Young and Ming were pronounced dead at the scene.

According to police, Dao had once been a member of the Hop Sing Tong Benevolent Association and was estranged from the Los Angeles area for several years before recently returning.

Authorities said Dao entered the Hop Sing Tong Benevolent Association and demanded one of the members give him $400 to pay for vehicle impound fees.

When the member refused, police said Dao attacked him with a buck-style knife. Officials said another member tried to help the first victim and was also attacked by Dao.

Dao was taken into custody without incident on Friday at about 4:30 p.m. in Rosemead, according to police.

Family and friends held a spiritual ceremony inside the Hop Sing Tong Benevolent Association to collect the souls of the victims on Friday.